Scottish pirate metal icons Alestorm have just announced a slew of brand new tour dates that will bring the band to Canada this November! The tour, which will feature direct support from Napalm Records labelmates Aephanemer, will kick off on November 1, 2019 in Quebec City, QC and will visit several major Canadian cities, coming to an end in Victoria, BC on November 17.

Tickets go on sale next week via individual venues. Stay tuned to alestorm.net for more updates and information.

Alestorm keyboardist and vocalist Christopher Bowes says: “OH WOW CANADA! In November we’re going to be returning to the shores of your silly frozen country for our biggest headline tour ever! We’ll be going coast-to-coast playing a bunch of shows in cities we’ve never heard of, and you’re all invited to come and join us for an epic pirate party. We’re even doing TWO NIGHTS in Toronto, because we think you’re all such wonderful people. Support will come from our lovely French melodeath friends in Aephanemer, also signed to Napalm Records. See you there!” 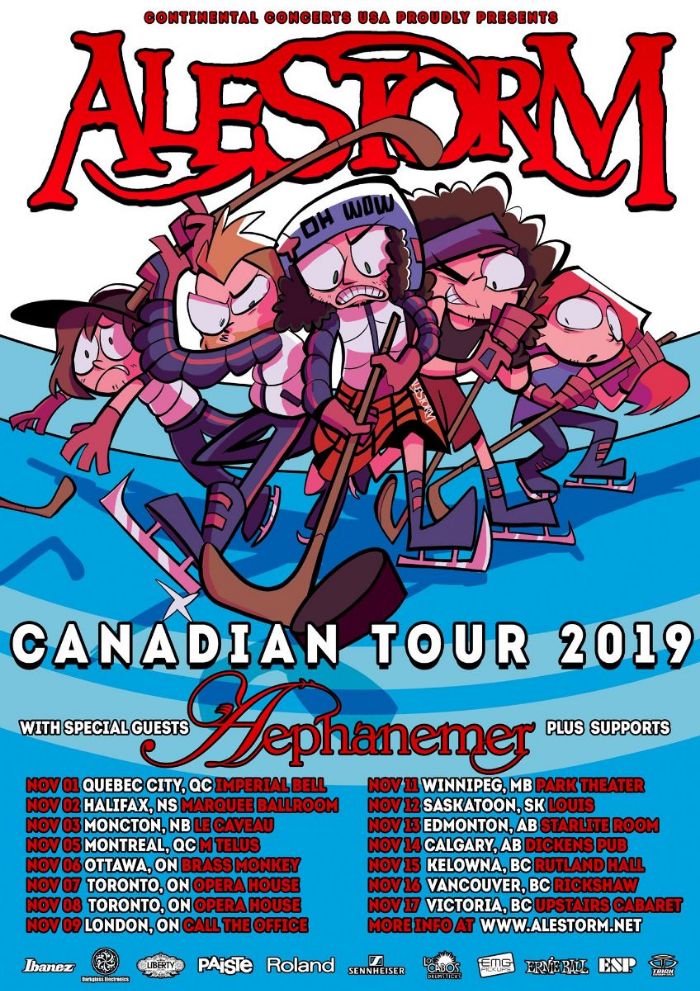 Alestorm are touring in support of their latest full-length release, No Grave But The Sea (order here) and the recent reissue of their debut album, Captain Morgan`s Revenge – 10th Anniversary Edition (order here) – both released via Napalm Records.

Direct support artist Aephanemer are touring in support of the reissue of their sophomore album, Prokopton, out October 25, 2019 via Napalm Records. Pre-order the reissue here.