Mercedes Lander talks about her new band, The White Swan, taking on vocal duties for it, and why her other band Kittie is still not touring. 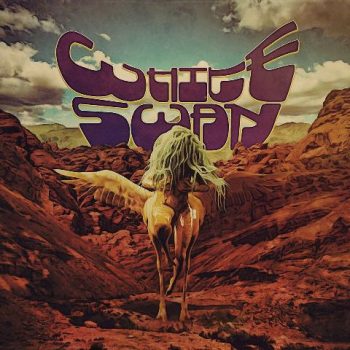 NRR: What were some of the inspirations behind the name The White Swan and the name of the EP Anubis? Anubis is the Greek name of a god associated with mummification and the afterlife in ancient Egyptian religion. Could you almost say that The White Swan is â€˜Lifeâ€™ and Anubis is â€˜Deathâ€™?
Mercedes: The White Swan was oddly enough named after a T-Rex song. Iâ€™m a huge fan and went on a T-Rex binge and thought wow that would make a great band name. As for Anubis, I thought that the title really fit well with the death and rebirth and healing theme of the album.
NRR: The White Swan have a few upcoming live shows starting in early December. In 2017 will The White Swan do any major tours? Will touring the United States also be an option, or will you just strictly play places in Canada for now?
Mercedes: If we have a label that will pay the ridiculously expensive work visa fees for US Visas we will for sure tour there.
NRR: Recently reading an article on â€˜Why It’s So Expensive for Canadian Musicians to Cross the Borderâ€™ One could totally understand why bands wouldnâ€™t want to cross the border because it’s so expensive. Is that still discouraging a lot of bands and even you from even trying?
Mercedes: Pretty much. The cost is outrageous and we canâ€™t afford to pay it. Itâ€™s as simple as that.
NRR: Back in July of 2014 in a London Grove Machine interview your sister Morgan said, â€œThe way things are, weâ€™re not making enough money. Even if we toured nine months out of the year, it’s not enough to pay our bills.â€ Are you still feeling this way with what she said even two years later, and four years from when Kittie last toured?
Mercedes: And thatâ€™s why Kittie havenâ€™t been on the road. The current situation is, is that it’s very expensive and we canâ€™t afford to tour.
NRR: During Kittieâ€™s hiatus, you became a real estate sales representative, are you still doing that? Are they any scheduling conflicts between work and play?
Mercedes: I havenâ€™t been selling since 2014. It was a great job but people from the press got a hold of the story and I had to quit my job because people kept calling the office and jamming up the phone lines with interview requests and show offers. It was really annoying.
NRR: Lets go back to your vocals. In a recent Exclaim review of Anubis, it reads, “The most striking aspect of The White Swan is Lander’s gorgeous, soaring vocals, which are a focal point throughout the EP.” Before The White Swan, had you ever wanted to sing before in a band?
Mercedes: Iâ€™ve had a few bands Iâ€™ve sang for in the past like Night Of The Demons, I also sing for a few cover bands around town in London.
NRR: Whatâ€™s next for The White Swan? What are in the cross-hairs now for you?
Mercedes: We have a bunch of shows booked for the next few months. We also plan on going back into the studio in January for another EP. We are also looking into shooting a video for some songs on Anubis so look out for that as well.
NRR: For most, a three song EP almost just isnâ€™t enough to tide the hunger over. Will there be a The White Swan full album release anytime soon?
Mercedes: We are looking into some options to get a full length out in the near future. Hopefully sooner rather than later.
NRR: Are there any last words you have for your fans out there reading this?
Mercedes: Check out The White Swan and support live music.