To perfectly balance out the The Real Housewives of Atlanta, we present to you the much more punkish and fun tones of Lowbanks.

John Graffo (Vocals/Guitar), Grey Duddleston (Drums/Percussion), and Christian Self (Bass) make up this fun little three piece from Atlanta, Georgia, Lowbanks. Formed in late 2012, the band has been playing the Atlanta scene, not only to grow their fan base, but for the fun of playing music that doesn’t come in an over processed formula. Their latest release, The Dogs, a six song offering thatÂ was released Dec 09, 2014.

â€œWith The Dogs we just wanted to write some high-energy stuff we could have fun playing. We used to agonize over song structures and shit, but these days we just play what we think sounds good,â€ John Graffo.

This EP is high energy, no question about it. Their sound harkens back to the days of Mr. Rotten himself, but with a better disposition. While the vibe of the band reflects many influences, the guitar riffs and drumming style does go back to the times when punk reigned supreme and the Dead Kennedys were talked about for more then their fans on stage. It’s a fun little release to spend some time checking out. “Run Yr Mouth” is an anthem for which the band will be known, and we have the anarchy shirts to back it up. When the guys come out will a full LP, hopefully sometime in 2015, National Rock Review will be back with a more in-depth review. 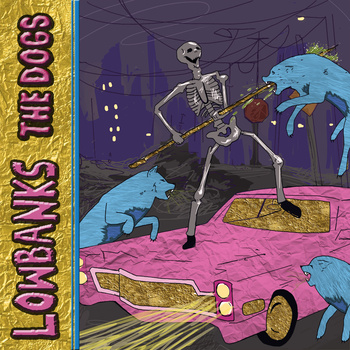 Some of their upcoming shows are listed below. As always, if you happen to see them, we’d love to hear your feedback on Facebook or Twitter.