When the king dies, all hail the king. When Marilyn Manson releases a new album, of course it has to be The Pale Emperor.

In January of 2015, Marilyn Manson released his ninth studio album, The Pale Emperor, on the Hell, Etc label. The album was recorded at the Abattoir Studios and Igloo Studios in California. The record was produced by Marilyn Manson, himself, and Tyler Bates. This incarnation of Marilyn Manson is Marilyn Manson (vocals, keyboards), Tyler Bates (bass guitar, electric guitar), and Gil Sharone (drums). And in a bit of unexpected tenderness, the release is dedicated to his late mother who passed while the recording was for the LP was ongoing. 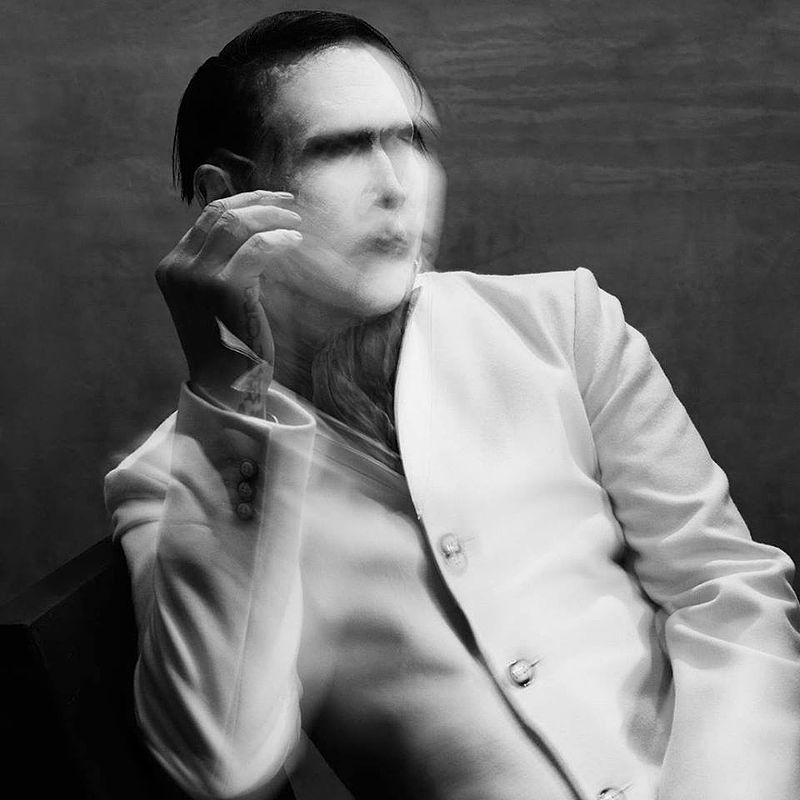 There is an element in his vocals that might have not been fully utilized until now. The current edition of Manson is more mellow then in previous years. “Deep Six,” is the closest to a traditional sound and has been getting a good amount of play on the satellite stations with more rotation on over-the-air stations to follow. All of the songs, much like, “The Mephistopheles Of Los Angeles,” will need to be listened to many times before all of the references and lyrics can be fully appreciated.

The vocals have a blues toned influence that, for the most part, does Manson no wrong. The sounds of keyboards and drumming of a classic Mason nature can be heard, they are just not as up front as in the past. It actually puts more focus on the singing and the words put to the music. The release is refreshing, and is reasonably enjoying a decent amount of early success. If you are a Manson fanatic, this will be an easy pick up. If you are more of the casual variety of music goer, this offering is worthy of taking a flyer on, and the better bet is getting the deluxe edition.

The band is currently on traveling for the THE HELL NOT HALLELUJAH TOUR. Some of the closest U.S. dates are listed below.

And as always, if you pick up the CD, we’d love to hear what you think about it. Feel free to leave a comment below.