We have always wondered what a concept album by Hatebreed playing like Pantera would sound like. The answer came in and wow kids, it’s intense.

â€œWhen our guitarist Alan Stokes joined the band, the writing process finally felt natural. While we knew we wanted to connect it to the self-titled album, Screams From A Black Wilderness was truly conceptualized as it came together in the studio. We knew we wanted to do something different while still keeping our integral sound â€“ this album, to us, is a more developed version of the style you hear on the self-titled release. Working with Matt Hyde was instrumental; he understood what we were doing musically and used that to pull the best out of us.â€ ~ Connor Garritty

Connor Garritty (vocals), Nicholas Diltz (bass), Ryan “Junior” Kittlitz (drums), and Alan Stokes (guitar) bring you the metal monster under your bed better know as All Hail The Yeti. One of Los Angeles’ most promising bands is getting ready to release the beast known hauntingly as Screams From A Black Wilderness on Apr 08, 2016 from the Minus Head Records label. The concept album is based on classic campfire-circle horror stories and presents a different story with each track. 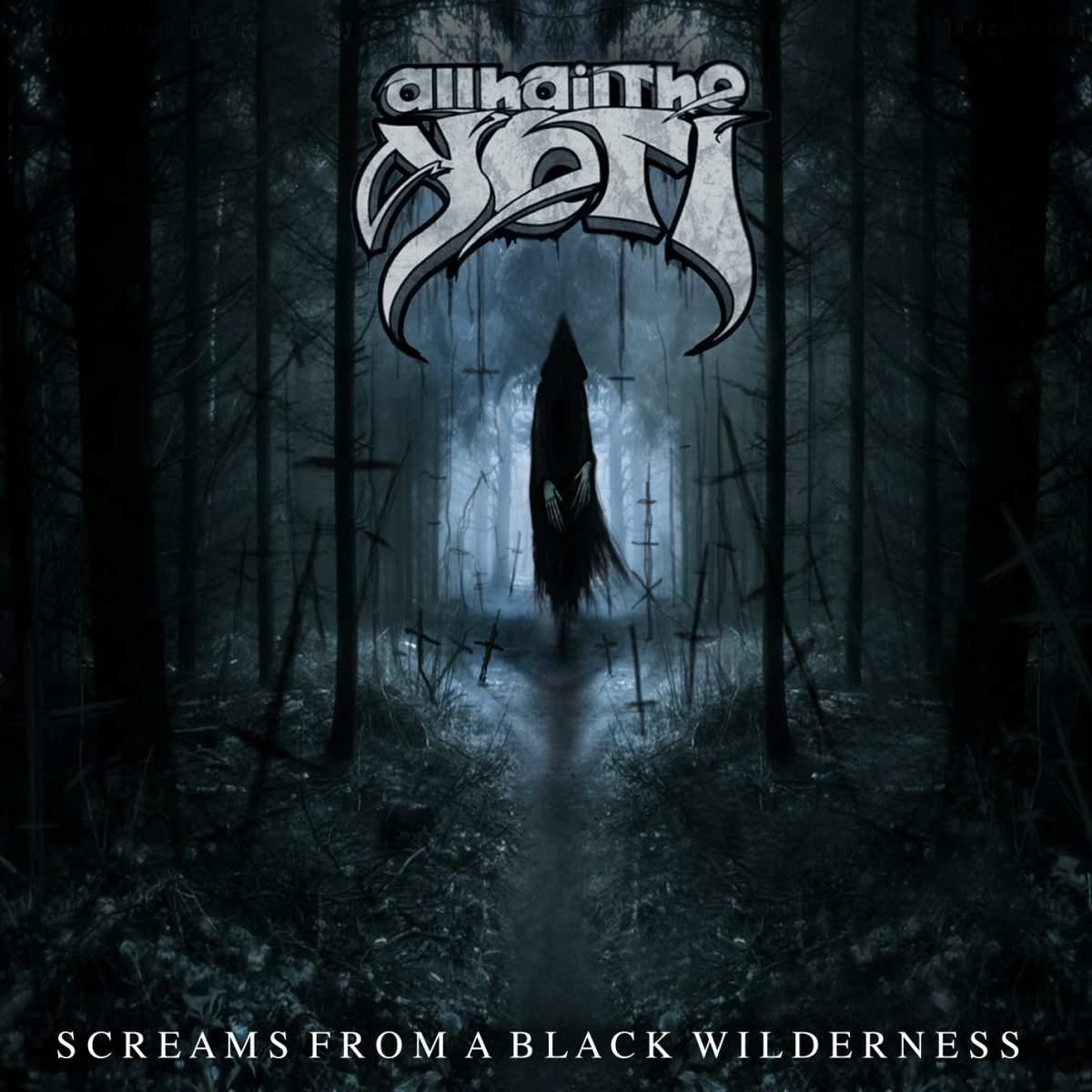 Screams From A Black Wilderness:

At the time of the band’s original self-titled release, fans were promised that a track on the record would conceptually tie into the groupâ€™s next album. Four years of brainstorming, several key line-up changes, and a crap load of shows performed, we get to hear the payoff. The new record is produced by Matt Hyde, known for his prior experience with Deftones, Slayer, and Soulfly. One of the tracks features a guest vocal appearance from Brock Lindow of 36 Crazyfists.

This album is not one you can listen to once and take in everything each song has to offer. The grooves, riffs, and lyrical hooks in this offering will invade your subconscious; you’ll be humming them to yourself while dropping the kids off at school. With twelve actual songs and a thirteenth special track, the record comes in at just about sixty-one minutes long.

In no real order, there are three songs to give a broad view into what you can expect from the guys on this album. “Angels Envy” is the last song on the CD. There is a running monolog into a good portion of this song reminiscent of a Henry Rollins bit. It starts off a bit slower than many of the submissions from the record. The combination of clean/dirty vocals along with the spoken word adds a uniqueness that doesn’t seem out of place. The subdued guitar and bass in parts play superbly with the drum arraignment while the entire time the tempo slowly builds and a restrained rage can be felt by the end of the song.

The most undeniable hit of this disc must be “Witch Is Dead.” Right from the beginning hook of the song, your head is moving to Alan’s play and Connor’s singing of the chorus. Junior does a remarkable job with multiple time changes while doing so cohesively. Nicholas’ bass line is deep and funky, but not overpowering, giving the song an almost ominous feeling of being eaten alive without ever seeing the demon’s mouth.

The last one we’ll touch on is none other than “Mr. Murder” (feat. Brock Lindow of 36 Crazyfists). It is an intense high tempo, ass kicking song that stays heavy and makes you ask for the license plate of the truck that just hit you. The pieces come together in this song, i.e. the vocals and the instrumentals fit seamlessly together. The result is a killer track. Get the album and find out its true depth for yourself.

When this bad boy drops, even if you couldn’t pick the group out of a Rock on the Range line-up poster, get this album. You’ll love the whole damn thing. If you’re an experience metal lover, the twisted nature of some, okay all, of the songs will speak to your dark, black soul. This album is worth the wait for die-hard AHTY fans.