Against The Grain race out of the corner spitting blood and swinging with their new speed laced rock album called Road Warriors.

Glowing with Motor City fury, Against The Grain has brewed a 12-pack of raw rock with the combustion and speed of a nitro funny car. The band optimizes the hard work Detroit ethic having played over 650 shows since the band formed in 2009 and recording three full albums prior to the release of Road Warriors. The musical performances are top notch and sickeningly tight.

This seething slab of raging rock hits a powerful groove with â€œHere To Stay.â€ This is a song to blast as you fly down the highway. The snare cracks as drummer Rob Nowak keeps the band humming hard. The bass solo by Chris Nowak is a dandy. Chris also gives a great vocal performance with gritty rock enthusiasm.

If there is a theme song for Against The Grain it has to be â€œTill We Die.â€ Running hard right out of the gate, this song cranks with old school Motorhead ala â€œOverkillâ€ gusto. The twin guitar attack of Nick Bellomo and Kyle Davis make this song click. There is a Killers era Iron Maiden sound to the flying single note runs which adds to the punk meets metal feel.

Gritty and rocking with the best of them is the song â€œNight Time.â€ This is an anthem for all the bands that jam with the night things in dark and dank bars across the country. Kyle Davis’ vocals have a sharp punk inspired edge that accents the unbridled power in the music. 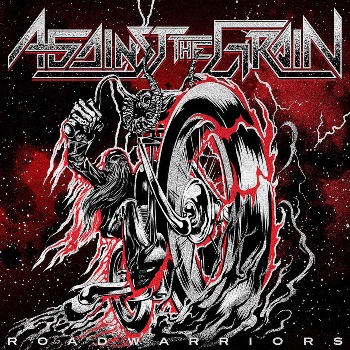 Against The Grain ease up on the gas pedal, but remain unrelenting in sonic force with the tune â€œSirens.â€ This number broods in minor chords changes, which darken with another great bass solo. The song ascends into a furious storm of a wah-wah soaked guitar solo.

â€œEyesâ€ is another great mid-paced song layered in overdriven guitars and bass. The drums thunder and crash with authority. The popping snare surrounded by splashing cymbals gives way to a very delicate and disharmonic solo.

The speed award on the album goes to the aptly named â€œRun For Your Lifeâ€. Itâ€™s a sprint of a song at just 1:46. However, in that hot minute the band blazes with metallic wrath. Ripping guitars, drums and bass as Kyle screams, â€œYeah Mother Fucker!â€

Road Warriors saves some of the best for last with the song â€œNothing Left To Lose.â€ The song starts out with a quick galloping riff with some sweet guitar harmonies and then switches gears with a lonely tremolo guitar bridge. This gives way to ice giants crushing stones beneath their feet with huge power chords roaring with unholy might.

Against The Grain has crafted a record that is entertaining as hell. Road Warriors is a rock and roll demolition derby that will crack your neck and send you home wanting another round. 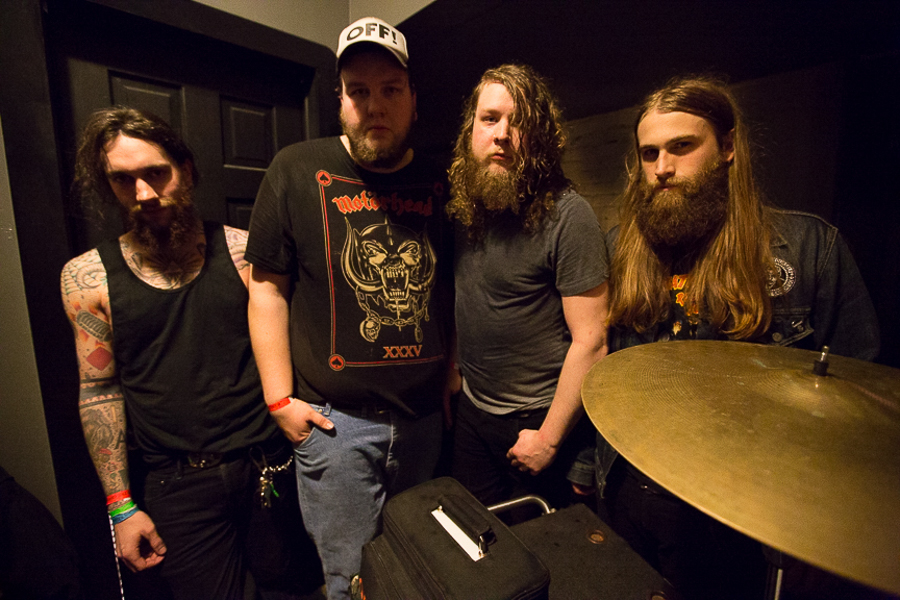