The Swedish Goth metal band will release a new album, My Darkness, Darkness, on March 04.

Beseech was formed over 20 years ago, and the group has made a lot of changes throughout those years. In 2003, founding member, Klas Bohlin, left the group. The band disbanded three years later in 2006.

Then, in 2012, the group reformed sounding better than ever. Founding member Klas Bohlin returned, not as a guitarist this time but as the male vocalist. The current lineup is Bohlin, Angelina Shalgren (vocals), Robert Vintervind (guitar), Manne EngstrÃ¶m (guitar), Johan Ã–rnborg (bass), and HÃ¥kan Carlsson (drums).

In October 2015, Beseech signed a new worldwide record deal with the Swedish label Despotz Records for the release of their sixth album, My Darkness, Darkness, scheduled to hit retail shelves in March 2016.

Bohlin’s vocals are like a soft growl. They stand nicely in contrast to Shalgren’s vocals which are soft and sweet. The eleven music arrangements feature keyboards which create a dark, melancholy feel. With songs about despair, grief, and strength from emotions, the group is more Beseech now than ever. All the tracks are paced to a moderate, steady beat except for â€œOne Last Call,â€ which is the only faster tempo song. 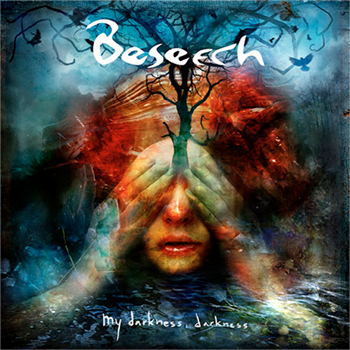