Howie D. from Hard Edge Radio and National Rock Review recently spoke to Tito Quinones, front man for Virgina-based metal band, Saint Diablo. They discussed the healing powers of music, The Virginia hard rock and metal scene, the support they get from local bands in many parts of the country, the latest album, and more.

Saint Diablo has been a fixture in the Virgina metal scene for several years but has been making a name for themselves on a larger scale in recent years. Their latest offering, Devil Horns & Halos (Eclipse Records) was produced by Tim Gilles (Anthrax, Ill Nino) and has been receiving some great reviews.

Saint Diablo just recently returned from a tour supporting Avatar and September Mourning and are currently planning more US dates for the spring and summer. For a fresh dose of newer metal, check out Richmond, Virginia’s Saint Diablo.

The interview with Tito Quinones from Saint Diablo:

The latest release from Saint Diablo, Devil Horns and Halos: 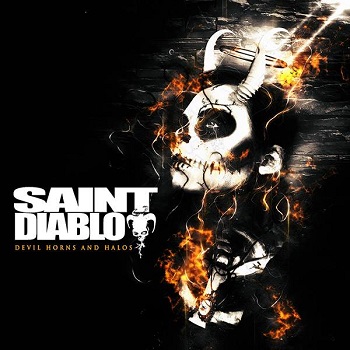 “Devil Horns and Halos,” the title track from the bands latest release: