Some of the best musical acts that are getting ready to blow up are coming from up North, and you should be okay with that.

When you see a new act for the first time, and you get blown away by what you witness on stage, that’s a pretty good indication that the artist in question has that “something” to them. Sumo Cyco is a perfect example. National Rock Review found out about them as they closed out their first US tour with headliners, Mushroomhead, at Realm in Toledo, Ohio.

This Hamilton/Toronto, Canada metal, punk, dancehall four-piece is Sever (formerly solo artist Skye Sweetnam) (vocals), Matt “MD13” Drake (guitar), Ken “Thor” Corke (bass), and Andy “THE WOLF” Joseph (drums). When we went up to their merch booth to find out more about the band, we, at the National Rock Review Office of Northern Talent Searching, knew we had to get Sever with a few minutes of easy questions and bring it to you hungry listeners of new bands to get in on them early. She didn’t disappoint us in the slightest. We hit on a few different topics including the touring, the Pledgemusic.com campaign, and all of their cool music videos.

Enjoy the exchange below. And when you’re done, head over to our Facebook or our Twitter and let us know what you thought. 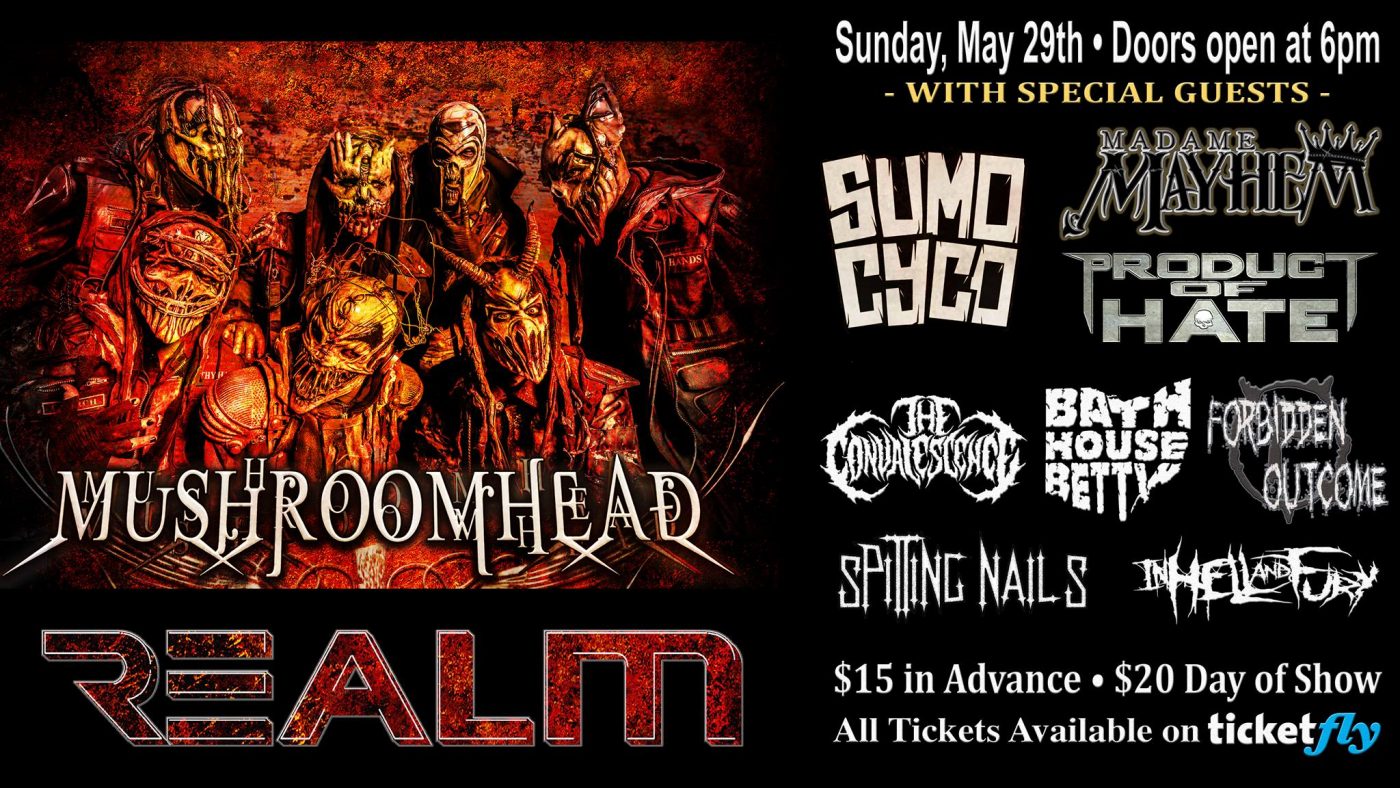 NRR: Is there a moment, that thinking back on it now, in the your time together, or with any band in the past, that you can’t help but still feel a tad bit embarrassed about, a situation that makes you laugh about despite yourself, or just still makes you shake your head in disbelief? A Spinal Tap moment if you will, that you’d be willing to share with me?
Sever: Well there was one show where I was opening up for an artist who was playing an arena. We had videotaped the show, and it was a habit for my band to watch the tape after each performance. I remember hearing a roar of laughter and shocked to see on the video, that my skirt, without me noticing, had a bad case of static cling. For a song or two, I performed as if nothing was wrong even though my skirt was stuck so every time I turned around I was flashing the crowd.
NRR: With festival season here, and having some veteran status with Warped Tour under your belt, where would you be a good fit for the lineup of a show either up north, in the 50, or even across the pond for you guys?
Sever: I know I previously mentioned them but I would love to open for No Doubt as well as Refused and Skindred. Huge fans of those bands.
NRR: Just out of curiosity, is there any fear as anyone in the band goes jumping out into the crowd or is it all in the name of showbiz and a way to get the fans to connect with the band and not nearly as anxiety inducing as the security crew makes it seem on their faces?
Sever: I almost ALWAYS get into the crowd at my shows. I’ve crowd surfed, moshed and got in people’s faces, hell I’ve even eaten people’s food mid-show and spilled peoples drinks. It was the very FIRST time in my career at one show this past tour where I felt inappropriately groped by someone in the crowd. I have the mic, so I call people out if they’re being rude, dangerous or inappropriate. I actually have so much faith in music fans that we protect each other. When someone falls down in the pit, you pick them back up. I’ve had dudes protect me in the mosh pit when I’m performing even when I’m raring to get in there more. I’m not one to let fear dictate my choices. Yes there are bad apples out there, but most people going to a concert just want to have fun.
NRR: Last question, and we’ll let you get some well deserved rest. What might have been one or two lessons that you learned with touring in Europe and the States recently that would do well if given to new(er) bands as advice in starting out on their own?
Sever: Well we recently changed from bread to wraps. They take up less space, don’t get squished like a loaf of bread and don’t go bad as fast, (laughing), cheap tour food is a must. We have also learned to always think ahead about tour pranks so that you get the last laugh!