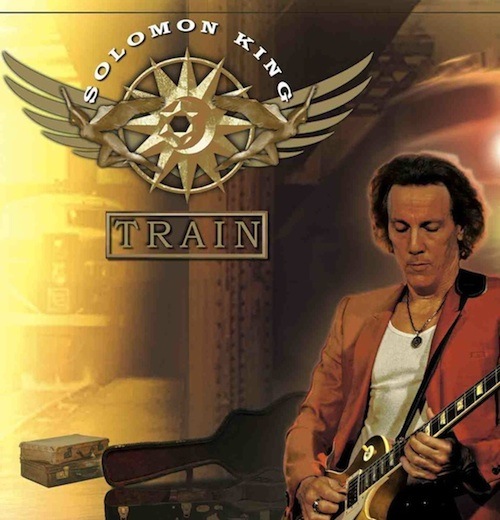 The artist Solomon King was born in 2008 in Los Angeles, California; however his roots go all the way back to Detroit, Michigan. His real name unknown and details of his life sketchy, the man who would become Solomon King was born at the Detroit Medical Center Hutzel Womenâ€™s Hospital sometime during the 1950â€™s. He spent his early childhood growing up in the Meyers Road/8 Mile area of Detroit later moving to Oak Park, Michigan during his early teen years.

Solomon says his first introduction to the music world was when he was around the age of twelve. During the late 1950’s through the 1960’s, Detroit had a few teen dance variety TV shows similar to American Bandstand. The most popular ones were Dale Young’s Detroit Bandstand, Bud Davies Top Ten Dance Party, Robin Seymour’s Swinging Time, and Club 1270. Many of the Motown artists would appear on these shows.

Motown Records used the Detroit Symphony Orchestra to provide the recorded string accompaniments on many of their recordings. Solomon had a friend whose father worked with the Detroit Symphony Orchestra. It was through this friend he found himself going to many of these TV shows. They would dance on these shows backing up the Supremes, the Four Tops, and the Temptations, to name a few. Solomon tells me a funny story about how he was dancing on the Supremes episode. During the performance, the back of Mary Wilson’s dress had torn so one of the cameramen directed Solomon to dance directly behind Mary. This way Solomon would block the camera from showing any of Mary’s torn dress!

Solomon hung out with Doug Fieger (The Knack) and Don Was (Was Not Was) while growing up in Oak Park. He played guitar in his first band, The Zoological Expedition, around the age of 14. He would get gigs through a young up-and-coming booking agent/rock promoter named Mike Quatro.

Around this time, he would hang out at the Chess Mate Coffeehouse. The Chess Mate, located at 17126 Livernois Road, was in business between the years of 1965-1971. Here, Solomon was able to see the likes of Joni Mitchell, Phil Ochs, Jesse Fuller, Richie Havens, the Stone Poneys, John Lee Hooker, Muddy Waters, James Cotton, Howlinâ€™ Wolf, and Luther Allison, all during the early stages of their careers!

Solomon played in some other bands, and lived in Ann Arbor for a while. Doug Fieger, who was already living in California, convinced Solomon to move out to Los Angeles. Sometime during the 1970’s, Doug Fieger came back to Michigan where he and Solomon packed up the trunk of Doug’s car and moved out to California.

Although always playing music while he was living in California, it wasn’t until around the mid 2000â€™s when Solomon found his true calling. He was hanging out at a club in Los Angeles, when a Blues band invited him to come up on stage to play some tunes with them. Solomon went up on stage, plugged his acoustic guitar into an amp, and began backing up this Blues band. People dug it!

Solomon found himself in the middle of a burgeoning Blues scene where he continued honing his craft jamming with Blues musicians and hanging out in their circles. He became pretty good at what he was doing, and traded his acoustic guitar for a 1957 Les Paul Goldtop.

Asking Solomon about his real name, he tells me, â€œMark Twain is one of my most favored and respected commentators on the human condition. He said, â€˜truth is our most precious commodity. Let us conserve itâ€™. The reason I took the name Solomon King was to free myself from the limitations of my previous identity. It is a principle of ancient mystic thought that all names hold an inherent destiny: that in many ways, your name will define your life’s potential. My previous life had run out of road. Solomon King, on the other hand, is just beginning a journey to wondrous and unimaginable places.â€

Solomon says he wanted to honor the royal lineage of the great electric Blues guitarists like B.B. King, Freddie King, and Albert King while mixing it up with his Jewish heritage. So, in 2008, Solomon King was born!

Solomon is part of the â€˜New-Schoolâ€™ blues scene. He says he is trying to create a whole new style of what the Blues is. He doesn’t want to try to re-create the 40’s, 50’s, 60’s, or even the 70’s when Blues really gained a lot of popularity as an American art form. He says Blues kind of got stuck there; he wants to take the music that started as this great American Blues tradition and bring it forward to where we are today. Solomon is hoping to have a new sound for the Blues that reflects where he is now in his musical life.

Sylvester Rivers (another former Detroiter who has worked with Lionel Richie, Diana Ross, the Jacksons, Smokey Robinson, and the Temptations, as well as many others) took notice. Sylvester told Solomon American music is a combination of European harmonies with African rhythms. Combining these two elements is the beginning of American music and that is the Blues!

For Solomonâ€™s debut CD, Under The Sun, Sylvester brought in a legendary group of musicians (Ray Parker Jr., Reggie McBride, and Ollie E. Brown), many of which played on the early Motown hits. Their chemistry was pure magic. As a result, Solomon earned a Grammy Awards entrant nomination in Contemporary Blues for Under The Sun. The album also yielded two songs, Jack Me Up and Frankie And Johnnie, which were featured in the first season of the hit HBO TV series, True Blood.

For his sophomore release, Medicine, Solomon did a complete 180. He decided to strip down the Blues back to its raw naked essence: guitar, vocals and drums. Solomon tells us, it’s â€œa daring musical tightrope walk stretching between the Past and the Future with no safety net in sight.â€

While his career was picking up steam, he played 100+ live shows before recording Train. It was over this course of performing this body of material developed. He was playing with, pretty much, the same band. At a certain point, Solomon decided to take the songs into the studio and record them with the band he had played with for his live shows.

Solomon says Train is really the first record he has done that honestly reflects the music heâ€™s been playing every night, three or four nights a week, for the past year. It is a special album to Solomon because it wasn’t the product of the studio work or his creativity alone. Train is a re-creation of the music he and his band played together live for the previous year prior to its recording.

The album leads off with Baby Does Me Good, an upbeat Bo Diddley-esque blues-soul romp with Solomonâ€™s guitar lead reminiscent of George Thorogoodâ€™s Who Do You Love.

Bad To Me is a Blues rock song with a late 60â€™s Cream feel to it.

Coffee Song is a fun song about drinking hot coffee. Solomon taps into his singer/songwriter singing style placed over a simple mellow groove.

Slo Blues is a bluesy ballad highlighting Solomonâ€™s vocals. He doesn’t have a deep bluesy voice, but he can hold his own. This song has a little Jim McCarty (Mystery Train) feel to it.

Great Wall relives the blues shuffle. On this song, Solomon has a Don ‘Doop’ Duprie vocal style with a little Bob Dylan mixed in.

Country Song is definitely the stand-out track on this album (and, by far, my favorite!). Musically, this song has an early Rolling Stones feel to it while the vocals remind me of a young Lou Reed. Toward the end, the song has a breakdown which is reminiscent of Bob Segerâ€™s Manhattan. The Rolling Stones, Lou Reed and Bob Seger… what a great mix!

My Babyâ€™s Love is a solid ballad with beautiful soulful background vocals reminiscent, again, of a young Lou Reed.

The title track, Train, has a choppy guitar intro reminiscent of Jimi Hendrix and is built around a strong rhythmic drum beat.

Blue Angel wraps up the album showing us the softer side of Solomon. This is a straight forward ballad primarily with key accompaniment. This tender song gives the album a nice ending.

In summary, Train is a solid album from beginning to end. Solomon pays homage to traditional blues, but plays the Blues in a style all his own. He takes the best of the Old-School Blues and mixes it up with some Jeff Beck, Stevie Ray Vaughn, and Bo Diddley. He adds in some rock elements of Cream, the Rolling Stones, and George Thorogood. He blends in the singer/songwriting vocal styling of Lou Reed, Bob Dylan, and Don ‘Doop’ Duprie. Mix this all together and you have what is called Solomon King. With Solomon, the Blues are in good hands!