The turkey has finally disappeared …for the most part. Black Friday has come and gone. There is only one logical thing that comes next in this beloved holiday sequence, Twisted Sister, of course.

Unless you have just recently found a taste for metal in all of its glorious forms, or you simply like music found on National Country Review, you already know what’s coming. But in the spirit of the season and sharing joy with the masses, let’s talk about that thing they call Christmas. A Twisted Christmas by Twisted Sister, to be more exact.

To help flesh this out, the band is comprised of Dee Snider (lead vocals), Eddie “Fingers” Ojeda (lead & rhythm guitar), Jay Jay French â€“ (rhythm & lead guitar), Mark “The Animal” Mendoza (bass), and A. J. Pero (drums, percussion). The album was originally released on Oct 17, 2006, on the Razor & Tie label. Other musicians such as Lita Ford and Doro Pesch were even persuaded to add vocals to the album. While places such as Allmusic and Entertainment Weekly gave the CD Â reviews that fell anywhere, really, between lukewarm to barely passing marks, part of the seasonal appeal of this album is its train wreck sized horribleness, and all in the glory of Twisted Sister’s legendary stage presence. 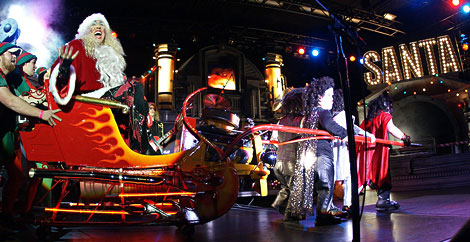 While the songs, at first blush, are all Yuletide favorites pure as the wind blown snow outside (check local listings) there are parts that make them slightly naughty as well. On The Tonight Show with Jay Leno the band played, “Oh Come All Ye Faithful,” with subtle inclusions from a fan favorite, “We’re Not Gonna Take It.” That was all the way back on Dec 13, 2006. Their saucy version of the song, “Silver Bells,” has shades of AC/DC’s, “Problem Child,” in the guitar solo. Thin Lizzy and Judas Priest are two other bands from whom a well known riff was cleverly borrowed in the name of Christmas in this feel good cover of holiday classics.

So, what are you waiting for, get yourself a copy of the classic album, and share it with your family this holiday season. If Gram-Gram starts talking about the TS show in 1981 were she got back stage, just tune her out and reassure yourself that it’s definitely the eggnog talking.

The album runs 41:50 minutes. There is a total of ten songs and a bonus track on this release. 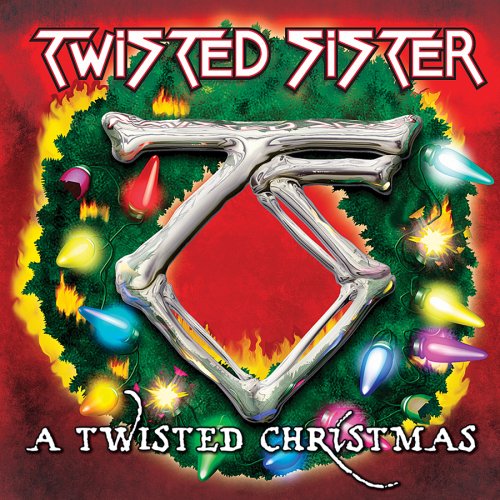 From all of the staff, editors, photographers, and all the other contributors at National Rock, Country, and Blues Review: we wish you all a very merry and safe Christmas.