Mono In Stereo throws all classifications of punk rock aside and set their sight on solidifying a new genre of music titled â€œheartland punk.â€

From the ashes of Midwestern punkers Mulligan Stu arise a new band called Mono In Stereo. These guys are not your typical pop punk band. In fact, there are only little flecks of pop interspersed around their edges. Instead of falling back on what Mulligan Stu did best, these guys choose to evolve while embracing new musical influences.

Formed by members of 90s pop punk stalwarts Mulligan Stu, Kevin Kalen (guitars, vocals), Billy Maynard (guitars, vocals) and Mike Melenas (bass, vocals) packed up their six and four strings, stacked up their amps, grabbed a six-pack, and drove their van into the ground. With new skin basher Jordan Acosta (drums, vocals) in tow, the band hit the garage, cranked up the volume, and churned out some serious heartland rock â€˜nâ€™ roll anthems for the punk rock youth in all of us.

Based out of Rockford, Illinois, Mono In Stereo wears their influences on their sleeves, obvious nods to Husker Du, mid-stream 7 Seconds, and Bruce Springsteen are quite apparent in their music. The songs span across break-neck paced punk anthems about the music itself to honest melodic confessions about life’s ups and downs. Kevin Kalen jokingly refers to their sound as â€œadult contemporary punk.â€

Lord Rutledge of Faster and Louder tells us that these guys bring the true sound of the heartland, melding the seemingly disparate influences of Bruce Springsteen, 80s hardcore, modern-day alt country, and classic Midwestern punk. Lord Rutledge states, â€œIâ€™m talking sincere songwriting, no-nonsense rocking tunes, and choruses that practically explode out of your ear buds.â€ While in many ways similar to more recent bands like The Gaslight Anthem, Mono In Stereo owes as much to the Midwestern legacy of Husker Du, The Replacements, and Naked Raygun. Equal parts anthems, ballads, and straight-ahead rockers, Mono In Stereoâ€™s debut Long For Yesterday throws it back to a time when alternative rock was king.

The term â€œheartland punkâ€ has been thrown around the scene for a few years now. Although it might not be an officially recognized genre of music, it definitely should be. Taking little bits of the aforementioned bands and mixing in some Saw Wheel, The Hold Steady, Ted Leo and the Pharmacists, and The Descendants with a little bit of John “Cougar era” Mellencamp, Dave Hause, Chuck Ragan, and Tim Barry should give one a good idea of what â€œheartland punkâ€ would sound like.

Mono In Stereo embraces all of these above listed bandâ€™s musical influences, but they add one thing extra to put them ahead of the pack. Itâ€™s that â€œfun factorâ€ that canâ€™t easily be described. Bands like Huey Lewis and the News, Cheap Trick, and the E Street Band have it. One can’t help but smile while nodding their head in enjoyment along to the beat of their music. Either you have it or you donâ€™t, and Mono In Stereo definitely do. 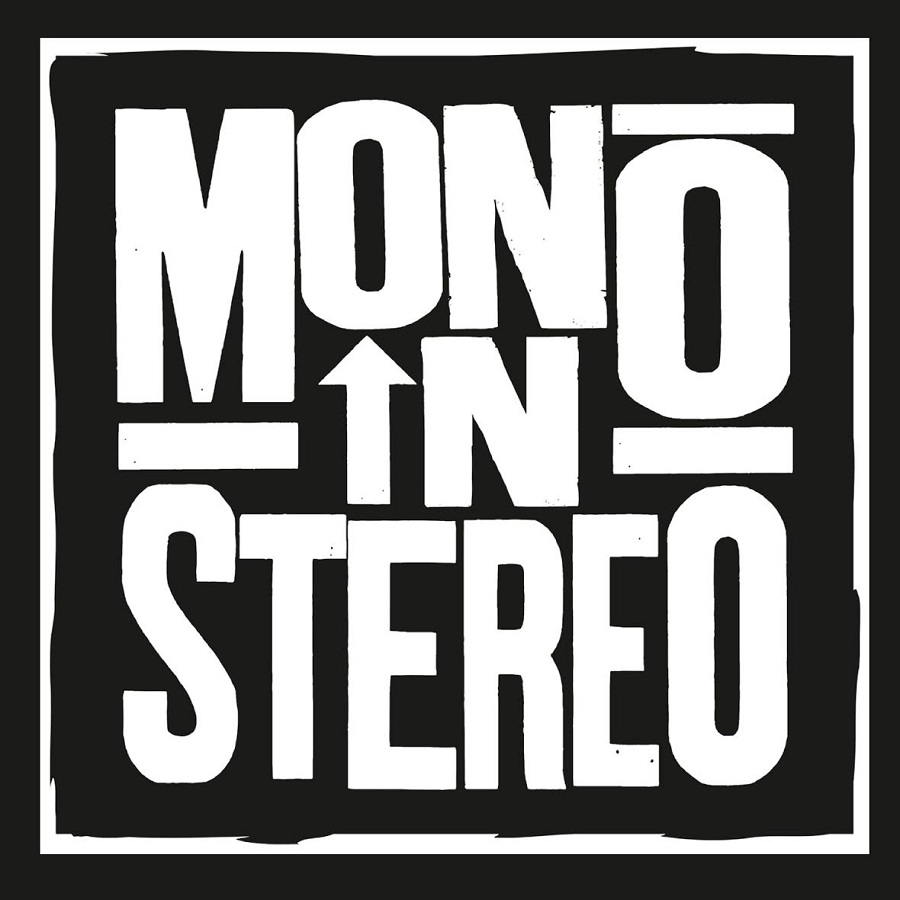 â€œLate Night Confessorâ€ has a good old-school pop punk feel to it. With a mid-tempo Ramones flare and a vocal style reminiscent of D Generation, this song proves that big hooks, loud guitars and â€˜gangâ€™ style vocal choruses have a place in Kevin Kalen’s self-described â€œadult contemporary punk.â€ It starts with a drum beat followed by a distorted guitar melody, and when the vocals kick in you can hear the thunderous bass guitar which is nice, clean, and clear sounding. Something most punk songs lack. The song is overall pretty straightforward, and breaks for a pretty straightforward bridge about two-thirds of the way through, but the music is very entertaining and shows us how talented these musicians really are.

â€œLong For Yesterdayâ€ has a catchy sing-a-long chorus similar to that of a Bouncing Souls song. The unexpected chord-progression in this song is really enjoyable. Hanging on the line three chord for line four of the measure really takes one off guard and easily puts a smile on your face. The drums then come in and the song gets even livelier. This song is a rocker with theÂ vocalist giving us his all. It was especially exciting when the opening verse/chorus ended and the bass line just carried along with the drums for a measure or four. There is some added piano filling in the background giving this song a full sound.

â€œWhat We Sangâ€ slows the tempo down and really gives you that â€œheartland punkâ€ sound similar to that of The Gaslight Anthem. As Faster and Louder says, it is perhaps the most heartfelt love letter to the rock nâ€™ roll underground since â€œLeft Of The Dialâ€ by The Replacements. The song hums along and has â€˜prettyâ€™ sounding guitar melodies to go along with it. Does â€˜prettyâ€™ have a place in punk rock? I guess it does as this song is evidence of such!

â€œStart Againâ€ is a melodic anthem in which the vocalist really comes alive. Especially interesting is the ride cymbal during the opening riff after the drums come in. The chorus is musical with a major-chord sequence, and the two rhythm guitars trade measures after the first chorus, adding a special touch. The voice the vocalist used right after the breakdown is a glimpse of the energy he has to offer.

â€œMonty Nolderâ€ is the albumâ€™s stand-out track. The keyboard opening is glorious, although it would have benefited by having been mixed a little louder after the drums and guitars came in. The keyboard adds a great sound. Oneâ€™s disappointment at how quiet the organ is was soon forgotten when the hanging snare drum comes in with theÂ one rhythm guitar. There is a fantastic little groove, and how it falls back on that open-string chord for the choruses is excellent. After a quick stop, the guitars kick back in and the song returns with some added alto-saxophone, giving the song a great final ending.

â€œBorn Again To Loseâ€ is a really lively up-tempo tune with a great guitar melody duo after the second chorus. The roots of Mulligan Stu shine through on this one, but in a more mature post-hardcore way.

â€œWoke Up In Haightâ€ is the albumâ€™s second stand-out track. Itâ€™s bright, clean and musical. The sound of the piano gives the otherwise formulaic tune new life, and adding the church organ during the choruses takes the song to a whole other level.

â€œNever Let It Goâ€ is a short and simple faster-tempo punk song with some surprising musical bits. It has great guitar melodies althoughÂ they seem to stand out more, possibly due to the drums having been mixed quieter.

â€œNever Coming Downâ€ brings back the organ. Itâ€™s a nice added touch, especially when the drums come in. Something about the organ holding that one high note is really uplifting. These guys know how to carry those major-chords really high and sweep the listener off their feet.

On â€œFeels Alrightâ€ you can hear just how nice the drums sound. This song has a nice 80s rock vibe to it, and the chord progression is reminiscent of â€œEvery Rose Has Its Thornâ€ by Poison.

The opening guitar riff of â€œBakersfieldâ€ is reminiscent of â€œSummer of â€˜69â€ by Bryan Adams. It has a really catchy major-chord kind of feel to it, and one canâ€™t help but sing along with the choruses. The drums are mixed much better on this one and stand out more showing how talented he really is.

â€œAnother Manâ€™s Timeâ€ is a slower-tempo acoustic tune. The vocalist takes on a whole new life. He allows just the barest touch of gravel into his otherwise smooth pipes giving his voice a similarity to that of Steve Earle. They added in a violin and some rim-shots which turned this into a pleasing ballad. The pre-choruses really brought out the vocalistâ€™s range making it excitable to hear what he can accomplish. Occasionally, he falls just a little off tune giving the song a distinctly human feel to it. This song affects the listener more emotionally than the others which is purely due to the vocalistâ€™s vulnerability. This was a really nice low-key outro to an otherwise rocking album.

Mono In Stereo are filled with talent. They write songs which stick in your head. Musically, they are tight and restrained, smartly moving away from their pop punk roots. They have given us a punk album with a flair for 90s alternative rock and songwriting reminiscent of that from the Midwest; “heartland punk” at its finest!

Screenwriter/director Joselito Seldera says Long For Yesterday is â€œa cohesive sound and style that brings me back to my teens and twenties. It evokes a deep feeling of nostalgia that I almost forgot existed. Love all the different instrumentation too; it keeps the album fresh and in the present and not just a throwback sound. The album is what older punks will like after living through all the break-ups, authority, partying, and hardships that come along with living a marginalized life. Itâ€™s a reminder of who we were, who we are, and who weâ€™re going to be.â€

Picture, if you will; your favorite torn, frayed jeans. A stack of Marshall amps. That leather jacket you broke in so well that it wears you, instead of the other way around. Low-slung Les Paul guitars. Raising your fists to your favorite anthem. Driving too damn fast on an open road through the heartland, thinking about what could have been. This is what Mono In Stereo is all about! 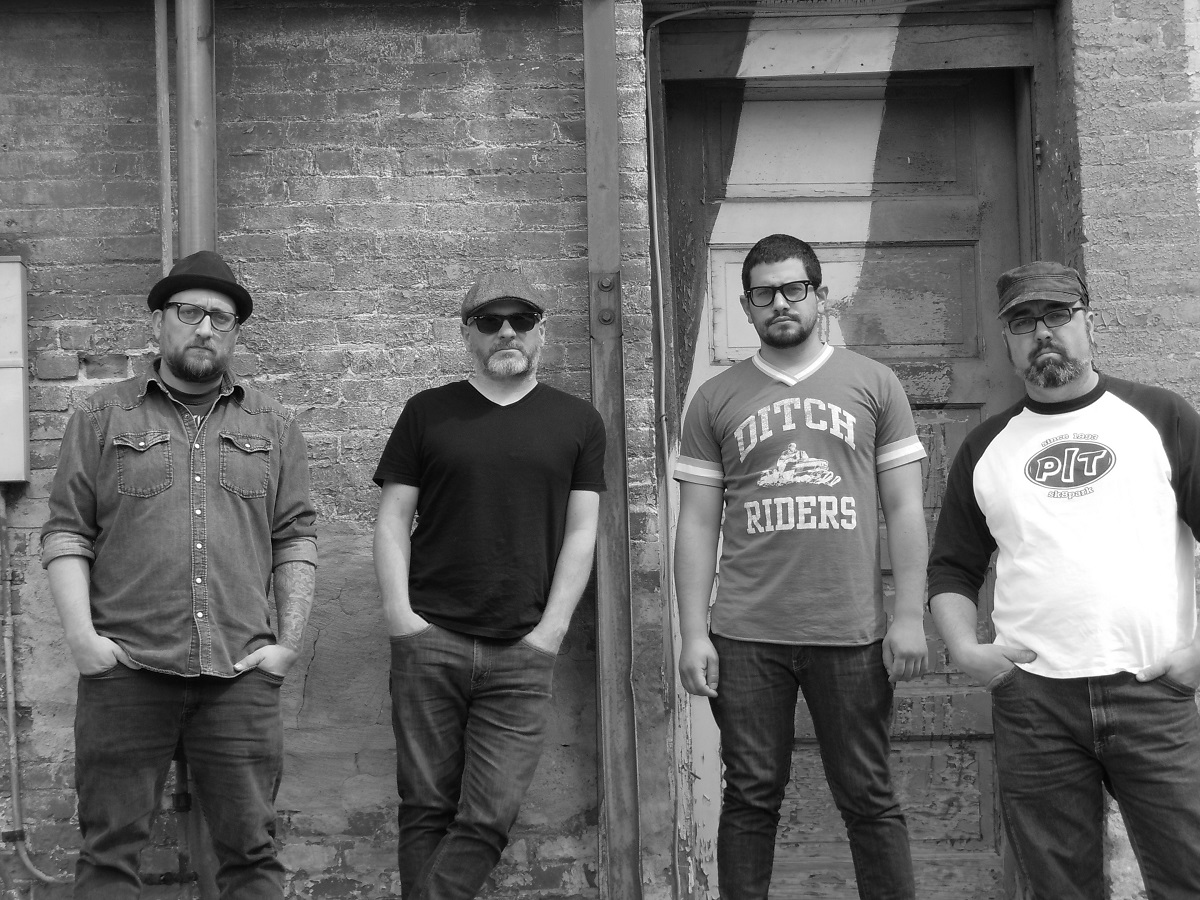