May 27th, 2014 brings the new and highly anticipated release from the longtime veterans of Sludge Metal, Crowbar. 1991… what a long time ago when we saw the release of Crowbar’s dÃ©but album Obedience Thru Suffering. Today, they are celebrating their 25th anniversary. Kirk Winstein is the brains, brawn, and Riff Lord behind the doom, gloom, and skull crushing, soul shredding power that is the band from NOLA.

Heavy metal means many things and many sub groups. It means power, strength, aggression, virtuosity, speed, and so much more.  Yet, more often than not, few bands have the ability to meld more than a few of these various attributes that make metal what it is. Another key factor to writing good music is groove and soul.  Crowbar has always been a band capable of melding many attributes of metal AND also incorporating real groove and soul to their music.

Kirk has an uncanny ability to write crushing riffs, that is for sure as he is referred to as the ‘Riff Lord’, and indeed he is!  Kirk has also found a way to incorporate higher aspects of music such as harmony and melody. Metal, especially very heavy metal, is usually lacking in these areas. With this new album Kirk has again found a way to interject a lot of guitar harmony lines, vocal melodies (as opposed to all out yelling, growling, ect).

The elements that have made Crowbar a household name among the those truest metal fans are here in spaded on Symmetry in Black. You want slow grind? How about chugging along groove, blistering speed or maybe soulful vocals and soul wrenching harmony lines? If that is what you seek, look no farther as this album just kills!

Being that Symmetry in Black is the tenth release from a band that seemed all but dead a few years ago, fans wondered what they would get. It’s safe to say there is nothing disappointing about this album in any way.  Fans are treated to a barrage of styles, tempos and feel while still sounding like a Crowbar album.  It does not sound forced, contrived, or thrown together.  This is a very heavy, sludgy, slow, crushing, groovy, and powerful record;  ah… another typical Crowbar album!

The opener to the album is the song Walk with Knowledge Wisely. It was released as a single, which I previously reviewed and it is great.  Next is the song titled Symmetry in White, running contrast to the album, deliberate of course. This is a mid-tempo sludgefest, one of the stand out songs on the album. Here we get a healthy dose of Kirk’s lighter sung melody over the slow, brooding riff; a trademark of his.

It is worth noting that Crowbar has never (to my knowledge) included a guitar solo on any of their songs. Now that being said, I might find myself dismissing Crowbar. No solos???  Well, the place where you might expect to hear a solo is filled with moving guitar lines, most often harmony parts which add texture to the songs. Crowbar is a band that doesn’t need guitar solos. Its funny; in the band Down (Kirk’s former side project), he did play some cool solos, so it’s not for a lack of ability.

Reflection of Depict continues on, cool melody, heavy as hell and slow. The Crowbar moto is ‘tune low, play slow’. This song is a great example. Kirk belts it out, but does so melodically, an uncommon practice among metal bands. I am not sure as to what parts second guitarist Matthew Brunson recordedm but he is definately a valuable member of the band. He can be heard killing it right there with Kirk.

On bass is the new guy, Jeff Golden. His name is golden but his tone and playing is more like rusty steel. He rips through these songs with some aggressive playing and clear attitude. Jeff clearly belongs in Crowbar as does long time drummer, Tommy Buckley. Tommy had some health problems not that long ago. It is great to see him recovered and back, better than ever. Tommy is a great drummer; he continues on with the loose and ‘all over the place’ style founded by Jimmy Bower and perfected by Craig Nunenmacher.

Amaranthin is the song that will throw anyone not familiar with the band. It is a piece similar to the songs To Touch The Hand Of God and In Times of Sorrow; very light and heartfelt. One thing that cannot be denied, Kirk Windstein pours all of himself into this band. It was sad that he left Down, but doing so enabled him to focus on his true musical love… Crowbar!

The Foreboding is another standout track. Again full of power and aggression right next to groove and feel. Having listened to this album many time now, I can honestly say there are no bad songs on this album, possibly not from this band.

After 25 years, Crowbar still has what it takes and they continue to do what they have always done; sludge, doom and groove. Crowbar is on a mission to bring it to the world with this release, they have already done a European tour with more scheduled, including some huge festival dates before hitting the States.  According to Kirk, they plan on taking it anywhere and everywhere they can with a renewed sense of purpose and determination.

Of the 12 tracks on Symmetry in Black, there is not a bad song to be heard. This is a great metal album for anyone needing to really feel their music. Tuned it  low, they played it slow! 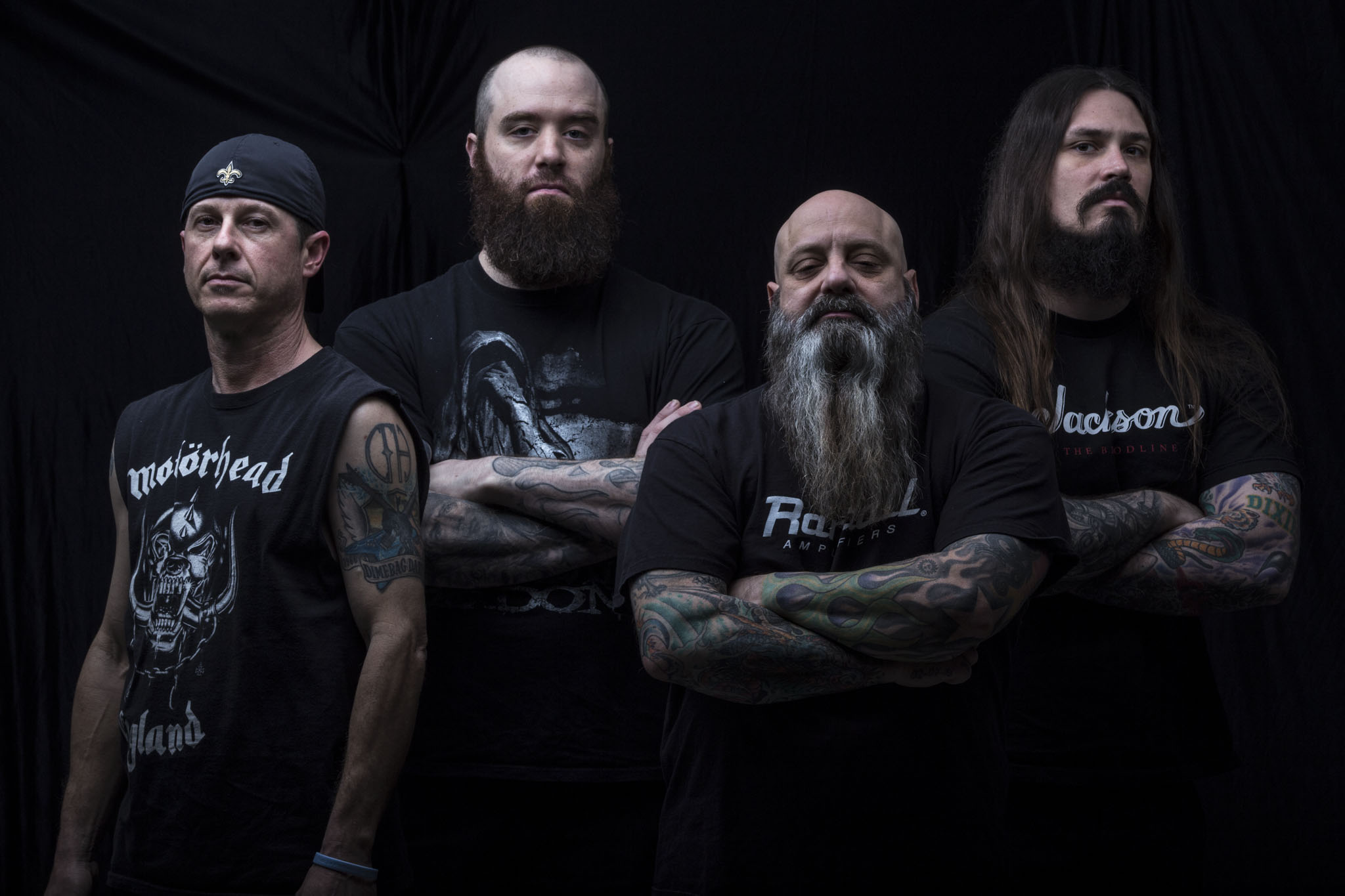 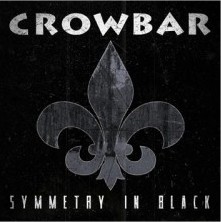