Maximo Park release a live video for “The Hero” in anticipation of their upcoming North American tour.

UK Alternative band, Maximo Park, begin their North American tour on November 18. In order to get US fans excited for the upcoming dates, they have released a live video for “The Hero” which was shot in Manchester earlier this year during their UK tour.

They are touring in support of the newest album, Risk To Exist. Although the album was written in their native North-East of England, they came Stateside, to record it in Wilco’s studio, The Loft, in Chicago back in the fall of last year. The album was recorded completely live and also includes vocals from Mimi Parker from the US band, Low.

You can buy the album here. 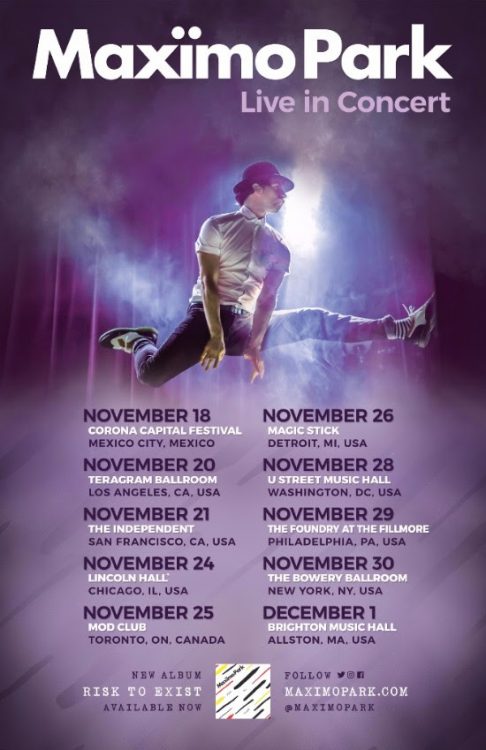 Talking about the upcoming tour dates, lead singer Paul Smith says: “We’ve enjoyed globetrotting over the summer festival season throughout Europe, but it’s almost time to return to our own devoted audiences as we start our US tour. Risk To Exist was recorded live and it still feels like a very relevant record to be playing to a gig-going audience.”

With just ten US dates scheduled, be sure to catch them at a city near you. Tickets can be bought on their website.