Dirty, groove, rock is back with a funkiness that you’ve missed. Beardos,‬ you may rejoice for the guys are coming rejuvenated with new music.

Brandon Yeagley (vocals), Chris Bishop (guitar), Jake Figueroa (bass), and Paul Figueroa (drums) have made the magic again as the space born killer otherwise known as Crobot. The news is finally out; we have new music from the boys of Pottsville, Pennsylvania in the can and waiting to be sprung on the masses September 23, 2016. The Wind-up Records people have their next hit coming when Welcome To Fat City hits brick and mortar as well as online outlets. 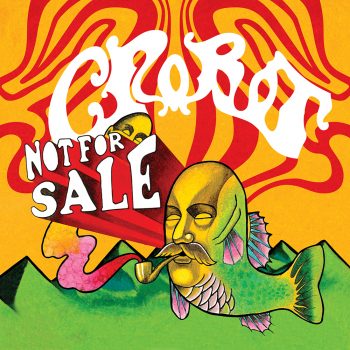 The new disc was recorded with producer Machine of Clutch, Lamb of God, and Every Time I Die experience. It was mixed by legendary engineer Alan Moulder of Foo Fighters, Nine Inch Nails, Them Crooked Vultures, and Led Zeppelin experience to name a few. And if anyone is wondering, you can catch the band on the road in support of the new release this summer with Sevendust. The first couple of dates are listed here for you:

The album itself is eleven tracks of grooves and southern flavor ringing in about roughly forty minutes long. 2014’s Something Supernatural couldn’t have asked for a better follow-up to itself.

Crobot has played direct slots with the likes of Motorhead, Volbeat, Anthrax, Clutch, Black Label Society, Chevelle, and more, not to mention expanding their reach to play to new audiences at festivals like Rock on the Range, Sturgis, and UK’s Download Festival. The need to come back with another strong offering was a heavy burden to under which to work. We, at the National Rock Review harmonica shop and repair division, think they nailed it with Welcome To Fat City.

Since it is the first single to drop off of the record, and for your pleasure, we’ve linked to the song above, “Not For Sale.” Brandon hasn’t lost anything regarding vocal range or sonic energy in his performance behind the microphone. You can almost see in your mind’s eye the now-famous tongue flashing out as he’s belting out the lyrics to this track.

It was Brandon and Chris that formed the band all the way back in the dusty, dark times of ancient history, like 2012. Thus, it’s no surprise that Chris’ guitar work is part of the reason the grooves are as enjoyable to listen to throughout the album. His riffs have an unmistakable guitar sound that instantly identifies the band. 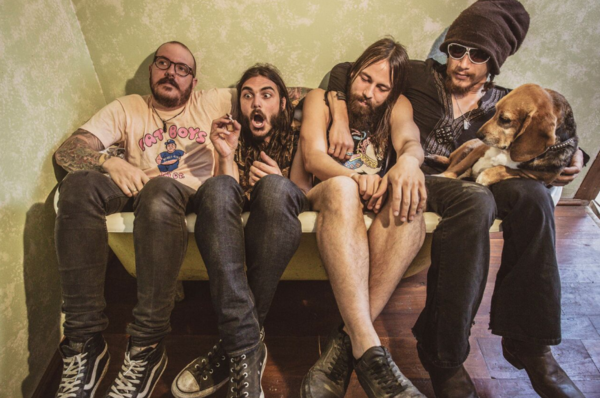 Along with Brandon and Chris, the Figueroa brothers make tremendous contributions to this song as well. After all, you hear Paul taking charge with the drum kit before anyone else comes in. His striking progressions are varied, and he’s able to add that Pied Piper like control over not only the tempo but also keeps everyone in time with the song.

Every bass player wants to be a big part of each track, but Jake gets to live a dream within the band. His bass play is a foundational component of the Crobot sound. He adds the soul and funk to this track and of course to the CD.

For music lovers and fans of the band, the addition of the brothers to the lineup is a major reason for their popularity. Their musical influence is clearly evident in “Not For Sale.”

“Not for Sale” takes you into orbit around the sonic spectrum of our latest album and is an anthem for all of us who work hard enough to make our own luck. It’s a cry to hold on to our own humanity, never letting anyone else manipulate our destiny. Who paid your debt to be here? No one… and my soul is not for sale.” ~ Brandon Yaegley

If you enjoyed their first single, you will love the whole enterprise when it becomes available. The grooves, the funk, even the harmonica play confirms Crobot as a contemporary of bands like Wolfmother and Queens of the Stone Age.

And while the album shows growth in music style, the new material remains true to their previous work, a fact that will make the core of the fanbase happy.

We highly recommend this album to fans and anyone that likes good rock n’ roll with great guitars and high drive. Expect the new Crobot to leave you totally wasted for other bands in your iPod rotation for the foreseeable future.

We are not going to spoil any more songs being cheesy or more snooty than we already are. Get the album and let us know if you share our rather high opinion at our Facebook or Twitter feeds. We’d like to know if you think as much of this gift from the cosmic gods as we do.