Howie D. from Hard Edge Radio and National Rock Review recently caught up with Trevor Phipps from the band Unearth. They talked about the chemistry between the three original members, his biggest accomplishment to date, what music he’s been getting into, and favorite bands he’s toured with over the years, and more.

Unearth has been going strong since their first full length album was released back in 2001. Since then, they’ve grown a loyal fan base, have toured the world several times with some of the biggest names in metal and have played many of the larger festivals around the globe. The band is currently on the road headlining their latest tour, The Fury Tour, along with Ringworm, Fit For An Autopsy, Reflections, and several others. Unearth is still out supporting their most recent release, Watchers Of Rule (eOne Music). This current tour will take the band across the United states before it winds up April 16 in Worcester, MA.

The interview with Trevor Phipps from Unearth:

Watchers Of Rule, the latest release from Unearth: 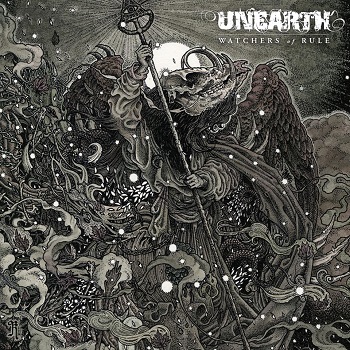 Unearth – The Swarm, from the album Watchers Of Rule: