Howie D. spoke recently with Steve “Zetro” Souza from bay area thrashers, Exodus. They talked about how it feels being back in the band, how important this second chance is to him, why he appreciates the fans so much, living and eating healthier, and when we can expect a new Exodus record.

Exodus has blazed the trails this last two years since Zetro returned to the band. They’ve played all over the world and been involved with and headlined some incredible tours. The vibe and the chemistry in the band seem to be better than ever. The rest of the year holds some select US dates, a few tours over in Europe, and writing the new album.

While Gary Holt is splitting guitar duties with both Exodus and Slayer, Zetro has assured us that Exodus will always be Holt’s baby and will always be his main priority. Based on the interview, it sounds like Exodus isn’t going to go anywhere anytime soon and that’s great news for thrash metal fans everywhere.

The Interview with Steve “Zetro” Souza from Exodus:

Blood In Blood Out, the latest Exodus album: 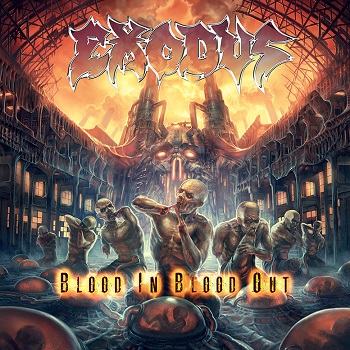 The video for the title track, Blood In Blood Out: