Witches of Doom is up and coming from Rome, Italy, with Doom Metal releasing their latest LP, Obey.

Witches of Doom are Federico “Fed” Venditti (guitars), Danilo “Groova” Piludu (vocals), Jacopo Cartelli (bass), Andrea “Budi” Budicin (drums), and Graziano “Eric” Corrado (keyboard) and hail from Rome, Italy. Formed in January of 2013, this five-piece outfit styles themselves as a goth/stoner/doom band in a genre sense of description. Their latest LP release, which came out in April of 2014 on Sliptrick Records label, is entitled: Obey.

The album has nine tracks in total. Starting with “The Betrayal,” jumping a few to the first single “Rotten to the Core,” and ending with the title track, “Obey,” it is a solid album. In all, the album is roughly 50 minutes long. Their style definitely makes one think of a Peter Steele led Type O Negative set.

“Needless Needle” by Witches of Doom

The guitars, drums, and keyboards are crystal clear with the superb mixing. Unlike Rammstein, which all their songs are sung in their native German, WOD sings all tracks in English. While the vocals are good, there are parts where it is hard make out the lyrics and this can be attributed to having learned English as a second language. It’s not a major distraction, however, to the completely great effort made on this release. For being a foreign effort coming to the States, it gives a great taste for things to come from WOD. 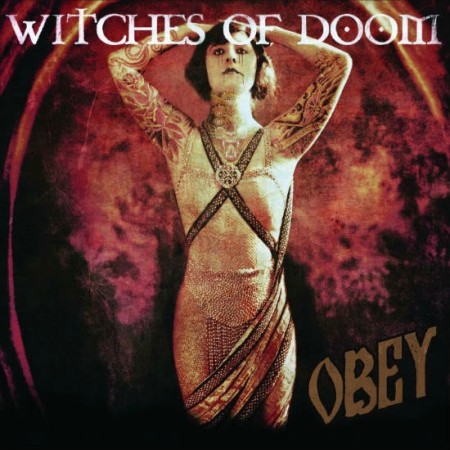 Obey is worthy of taking a flier on and checking out. The sound is both refreshing and strangely familiar at the same time. Be the first to get the album and surprise your friends with being on the cutting edge of new music.