Howie D. from Hard Edge Radio and National Rock Review recently spent some time talking to Local H mastermind, Scott Lucas. They touched on a variety of subjects including; his recovery after the attack in Russia back in 2013, how he’s still not really over it mentally or physically, the new drummer, how they went about funding the new CD, the cause that he decided to give some of its proceeds to, and more.

Local H just recently celebrated the 25 year mark with a sold out show in Chicago and that’s no easy task in today’s industry and the way it’s changed over the years. They just released a brand new CD, Hey, Killer, and have been touring since it’s release the past April. The band is getting ready to start up the second leg of their US tour and it all kicks off June 12 in the Detroit area at The Loving Touch in Ferndale, MI. If the band is coming to a town near you, it is highly recommended checking them out. The new music is good, possibly some of their best ever.

The interview with Scott Lucas from Local H: 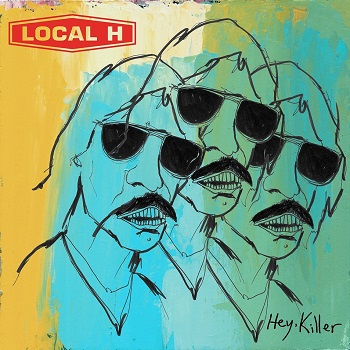