Chances happen and changes seem to always be a step behind, both good and bad. The Finale camp has seen it’s fair share of change.

This unsigned Flushing, MI five piece alternative, hard rock band is making their return to Dirt Fest for a second straight year. Working on The Finale‘s new album, Path of Least Resistance, slowly getting all of the members solidified in their spots, and being worried about the next tank of gas are all part of being a rock band. Feel free to like their Facebook page as you enjoy this small look into the world of rock and roll.

NRR: You guys are from the Flushing, MI area, right? What’s been going on with the band in the last year since you played Dirt Fest in 2014?
Donny Morrison: We are from Flushing, MI. In the last year we have gone through a couple lineup changes, but we have also been working hard to write new music, as well as playing many shows.
NRR: Hopefully you guys have a great time on stage this year. Are you looking forward to anything in particular at Dirt Fest 2015?
Donny Morrison: We always have a great time at every show we play, but we are particularly looking forward to seeing Down, Hellyeah, Periphery, Vicariant, Saint Ridley, and all of the other amazingly talented musicians. We also love meeting new friends and fans, we are all very social and enjoy the experience of music festivals.
NRR: Will we hear any new material at Dirt Fest this year, say from a new album?

Donny Morrison: Yes you will, we have three brand new songs we will be playing at Dirt Fest this year which will be on our newest album, Path of Least Resistance.
NRR: Every band goes through ups and downs. Have you guys gotten a second wind of sorts and are headed in the right direction again?
Donny Morrison: We are honestly still working on a permanent lead guitarist, but as we move things around in the band, things just get better and better. We have brought on a new drummer, Stacy Binelli, our past drummer, Jared Whitman, is now on bass, and our past bassist, Donny Morrison, is now on guitar. 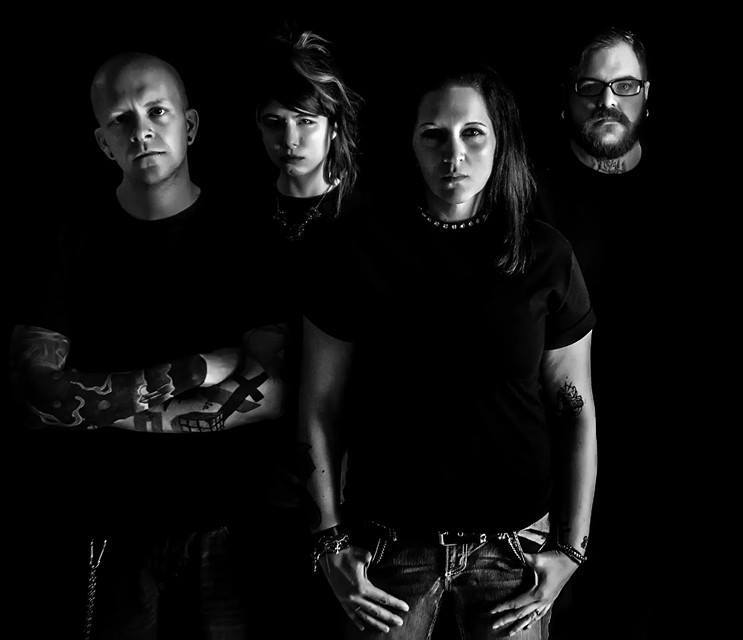 NRR: You recently played at the Ritz, a well known venue in the Detroit area. Is playing an outdoor venue like at Birch Run, MI somewhat of a different beast from a band’s perspective?
Donny Morrison: We absolutely love playing the Ritz, the sound is almost always awesome and the staff is as well. The biggest difference is that instead of playing under the heat of stage lights we are playing under the heat of the sun. Another big difference is the amount of people in the crowd at festivals. We love playing to big crowds, it really gets every one of us pumped up. It gives us an opportunity for people to see and hear us that we may have never had the chance to perform for.
NRR: What can we expect from The Finale camp in the coming days after Dirt Fest is again eagerly awaited in 2016?
Donny Morrison: Directly after Dirt Fest 2015, we will be working on solidifying our lineup as well as writing songs for the new album. We are really taking our time to put out the best material we possibly can. We do intend on a small national tour, but writing is definitely number one priority.
NRR: Is there a band or bands on this year’s Dirt Fest line-up that you are looking forward to seeing as fans?
Donny Morrison: We are all really big fans of Down, Periphery, Blue Felix, and many of the local bands that are performing.
NRR: How important is selling merch for a band like The Finale at a festival like this? Is there a science as to what you sell or are is it all pretty normal stuff?
Donny Morrison: Merch is one of the most important part of playing festivals, it’s what allows us to continue playing. It allows us to purchase more merch, get to the next show, record, purchase and repair equipment, etc. So yes, very important. When we play summer festivals we always bring things like hats, tank tops, bracelets, things of that nature. When people wear our merch, they are our true fans, and it really helps us with promotion as well.
NRR: For anyone that might not have heard your music before, what can they expect to get from your sound on stage, being self described alt, hard, rockers?
Donny Morrison: We consider ourselves to be alternative hard rock metal. We have a female lead vocalist as well as male screaming and clean backups. We have many metal undertones and pretty solos. An acquired taste but [it’s] the whole package.
NRR: If the wait gets unbearable to play, who in the band is the first one to get mischievous to relief the stress sometimes to the chagrin of an unsuspecting band mate, (laughing)?
Donny Morrison: That would definitely be me, the most social in the band. Although we are all in that social butterfly category. We actually take turns wandering and talking to people so that none of us get to that point.