NuiÂ·sance, noun: a person, thing, or circumstance causing inconvenience or annoyance. Or a band making ass-kicking metal from Minnesota. Your musical choice, brother.

This Saint Paul, MN band is made up of Vince (vocals), Tony (guitar), Phil (guitar), Matt (bass), Rick (drums), and Paul (turntables/samples). Big things to come from the guys is the way we hear it. Sid Wilson and a huge festival, makes one wonder. A recent CD and touring is just the beginning. Vince, aka Vicious, took a break to talk for a few minutes about all the above and more.

NRR: What’s been going on with the band in the last year?
Vince Ebertz: This last year has been a busy one we have been writing a new EP that will hopefully be released in the next couple months. Possibly produced by Sid Wilson. Depending on Slipknot’s touring. We also did some dates with Otep in Colorado and throughout the Midwest.
NRR: Hopefully you guys have a great time on stage this year. Are you looking forward to anything in particular at Dirt Fest 2015?
Vince Ebertz: Last year we played the National Rock Review stage at 1:50 this year we play the same stage at 5:00 which is exciting to see the progress of our band in the festival. Who knows what next year may bring?

NRR: Will we hear any new material off of Kill the Silence at Dirt Fest this year?
Vince Ebertz: We will be playing most of our favorites off of Kill The Silence this year at Dirt Fest.
NRR: What kind of relationship do you have with Sid Wilson and has it been everything you thought it would be going into it from the band’s standpoint?
Vince Ebertz: Our relationship with DJ Starscream is awesome. He is a very chill, talented musician who has an amazing vision on what he wants and expects from bands he manages. To have a member from the biggest metal band in the world representing us is an honor. 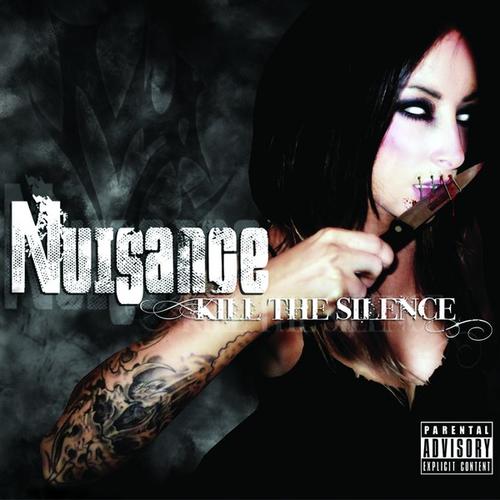 NRR: What are some of the musically influences that can be heard in the band and have you gotten a chance to play with any of them yet in your careers?
Vince Ebertz: We are influenced by a ton of different bands, like Slipknot, Deftones, Rage Against the Machine, Meshugga, Slayer, Pantera, Wu tang Clan, Kill Switch Engaged and a ton more. Yes we have played with some of our influences, (smiles).
NRR: What can we expect from Nuisance in the coming days after Dirt Fest is again an apocalyptic dream of a sleeping, passed out giant until 2016?
Vince Ebertz: You can expect a new EP, a tour or two, and possibly one of the biggest fests in the world, (evil smile), shhhhhh!
NRR: Is there a band or bands on this year’s Dirt Fest line-up that you are looking forward to seeing as fans?
Vince Ebertz: We are big fans of a good chunk of this year’s Dirt Fest. So Coal Chamber, Down, Hellyeah, Mushroomhead, Periphery, King 810, and Taproot just for starts.
NRR: How important is selling merch for a band like Nuisance at a festival like this, and will there be anything special for the Dirt Fest faithful this year?
Vince Ebertz: Selling merch is how we get from town to town without the support from the fans there is no Nuisance. Also feels rewarding when all these bands are playing and someone chooses to buy your stuff when they have hundreds others to choose from.

NRR: For anyone that might not have heard your music before, what can they hope to get from your sound on stage?
Vince Ebertz: We play every show from top to finish with 100% energy and love for what we do. We dedicate all of our time to fans and treat them as family.
NRR: What would likely be the one item on tour the entire band would have a fight to the death to be the winner of? Beer, taco, bacon etc?
Vince Ebertz: We share everything except out bbbb – Beers, Barbeque, Buds, and Bacon; there’s a couple other b’s that we are stingy about as well.