Hard work, integrity, and throwing the bassist under the modeling bus are just some of the things talked about with Ryan of State The Odds.

State The Odds is an Aplena, MI band started in 2013 by Ryan (Vocals), Draz (Guitar), Shaun (Bass), and Gaige (Drums). The are getting ready to record their first EP, Take This With You. We got to catch Ryan and the fellas while at practice to help us get to know them better. Pick up their new EP at Dirt Fest 2015 and say hi for us. Why is it always the bassist? Anyways, enjoy the interview.

NRR: You guys are from the Alpena, MI area and been determined to make a splash as quickly as possible. What’s been going on with the band in the last year?

Ryan Minton: Well within the last year State the Odds have been doing a lot of playing and writing. We have played quite a few shows and had a lot of fun doing that. Also we’ve learned a lot of what to do and what not to do as far as dealing with other bands and different venue owners. We love our fan base. They always come out to our shows that we have up here and are super supporting including moshing as well as even coming up on stage and singing along with us on songs. They are why we do what we do. It’s not money.

“Music to us is about feeling, about letting go of or facing issues and realizing, ‘Yeah, in this moment I truly am free.'” ~ Ryan Minton

And true enough we do want to make a big splash as fast as possible. Who doesn’t? But we also don’t have a problem with paying our dues. We are still a young band and STO would rather build a great foundation of support by busting our asses, rather than trying to skip steps and later on everything starts to crumble around us. We are a band of humble guys who are just trying to prove that working hard and not being an asshole to everyone will pay off.

NRR: Hopefully you guys have a great time on stage this year. Are you looking forward to anything in particular at Dirt Fest 2015?
Ryan Minton: Any time on stage is a great time for State the Odds. We love being up there playing for people, whoever they may be. It is an awesome feeling being on stage with all the guys in STO and just doing the thing we all love to do. What we are most looking forward to at Dirt Fest this year is getting our music out there to new people. Even if we only gain one new fan from Dirt Fest the day will be a success for us. We love building our fan base and getting our music out there.
NRR: Will we hear any new material at Dirt Fest this year, say from a new album?
Ryan Minton: Yes. In fact that is all you will hear. We are set to record our first EP at Metro 37 Studios on August second and third of the same week Dirt Fest is. It will be a busy week for us to say the least. So I guess technically Dirt Fest will be our Take This With You EP release show.
NRR: What kind of rush do you guys think you might get playing at Dirt Fest this year?
Ryan Minton: Playing any kind of show is a big rush for us. We love playing our music even when we are just playing at a practice. We are looking forward to playing Dirt Fest to get our music out to different people outside of Northern Michigan. But also it’s a big help having national acts play Dirt Fest and help the local bands on the line up get some new fans or just some new people hearing the music that the bands have been working hard on.
NRR: You’ve played some indoor venues before locally and regionally. Is there a lot to adjust for an outdoor venue like the one you’ll be playing at in Birch Run for you guys?
Ryan Minton: Well, we have also played at Bike Fest in Alpena that was somewhat outside. I didn’t really notice too much of a difference. As long as I can hear the drummer I am good to go. We know the songs we are playing and that is what we do.
NRR: What can we expect from State The Odds camp in the coming days after Dirt Fest is again eagerly awaited for in 2016?
Ryan Minton: Right now we have mostly been focusing on our recording at Metro 37 and Dirt Fest 2015. So we haven’t really planned much yet in the way of after that, except for that State the Odds will be sending out our EP, Take This With You to record companies, no matter how big or small, to see if we can get any bites. That is our goal right now; to just keep growing and expanding. Being from Northern Michigan you’re away from the scenes of the bigger cities so it is harder to stay fresh in the minds the fan bases there. But we are a good band, with great songs and are willing to travel, so we are confident with the future of State The Odds. All we can do is go out and give everything we have in us and hope for the best.
NRR: Is there a band or bands on this year’s Dirt Fest line-up that you are looking forward to seeing as fans?
Ryan Minton: Being fans of all types of music, we love watching live performances no matter how amazing or how awful the bands are. Because you can learn and take something from every live performance that you see. The band that I am most looking forward to seeing that plays on August 8, 2015 when we do is probably Down. It’s almost a no brainer. Pantera was one of the bands I grew up listening to, with one of the most bad ass vocalists in rock history. I never got to see Pantera play live and it will just be awesome to see Phil Anselmo up there doing what he loves to do. 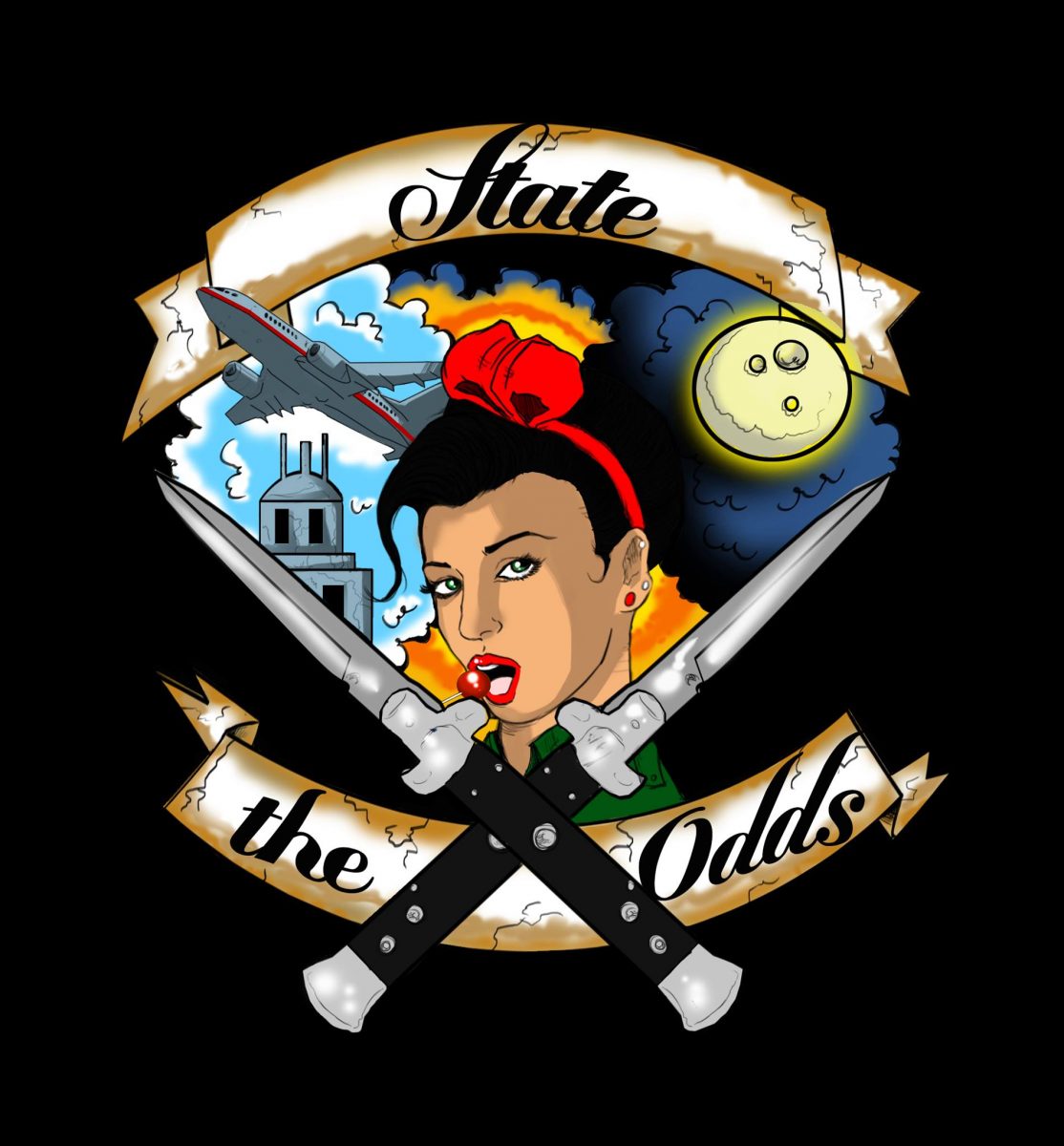 NRR: How important is selling merch for a band like STO at a festival like this, and if there are any, shall we say strange items, who has to model them from the band, (laughing)?
Ryan Minton: Well, selling merch at an event like Dirt Fest is always going to be important. It helps to get your band name out there and get more people talking, sharing music and info about your band, and to us that is what it is all about right now. We will have items for sale at Dirt Fest but they will just be your more conventional items such as: T-shirts, pins, patches, stickers, and our first EP. We are a very fun loving band but we haven’t made any strange items yet with our name on it. But if we ever do I would vote our bassist, Shaun, to model them, (laughing).
NRR: For anyone that might not have heard your music before, what can they expect to get from your sound on stage, being self describe alt punk rockers?
Ryan Minton: Well, right now we don’t have any smoke machines or fake blood flying around, because we like our music to do the talking. The songs we write have a lot of meaning and feeling behind them. We are too punk rock to just call ourselves Alt. rock and too Alt. rock to just call ourselves punk rock. So that is why we describe ourselves as alternative punk rock. We are not heavy metal but we never claimed to be either. If I had to describe our sound it would be a mix between a group of bands which would include: Nirvana, Bad Religion, Brand New, and a touch of A Fire Inside. All bands I personally grew up heavily influenced by.
NRR: If you got the dream chance to open for any band currently making music, who would make you guys just drop everything in life to see the tour happen?

Ryan Minton: Well to be honest we will play pretty much with anyone. But to drop everything in life is a big statement, because although it is our main goal to make music for a living, we all have things in our lives that we love and hold dearly. But for me, it wouldn’t get any bigger than playing and touring with a band like Bad Religion, Anti-Flag, or Brand New.

Thanks for taking the time to ask us some questions and get to know State the Odds a little bit.