Howie D. from Hard Edge Radio and National Rock Review recently got the chance to chat with singer Clare Cunningham from Swedish hard rock band Thundermother. They talked about how the band came to form, what she thinks is their biggest accomplishment so far, touring Sweden and other parts of Europe, the new CD, world domination and more.

Thundermother has been making waves in Sweden and much of the European market for the last few years but with the release of their latest album, Road Fever(Despotz Records), it’s safe to say that the rest of the world is going to start taking notice. This latest release is the bands 2nd album and while it’s still very much Thundermother, it’s also a bit heavier and has some extra kick. The band has just finished up some European dates and will finish off 2015 with some press dates and a few scattered shows. All fans of female driven, straight up rock-n-roll need to check out this band. I think we’ll be hearing a lot more from the ladies in Thundermother in the coming months and years.

The interview with Clare Cunningham from Thundermother: 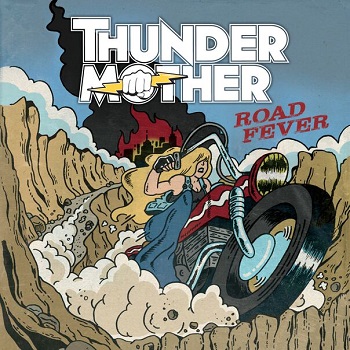