The album is a follow up to 2016’s self-titled EP and shows the great progression of songwriting and musicianship of The Bad Flowers over the past two years. The band will play an exclusive album launch show at the Birmingham Asylum 2 on Saturday 17th February 2018, playing all the songs from the new album plus more surprises.

National Rock Review recently caught up with The Bad Flowers frontman Tom Leighton, to talk about their debut album, their forthcoming tour with Stone Broken and the band’s plans for 2018.

Starting Gun by The Bad Flowers will be released on Friday 16th February. To dovetail the release of the debut album, The Bad Flowers will be special guests on Stone Broken’s nationwide 12 date UK tour that starts on Thursday 22nd of February at The Haunt Brighton. The tour also includes an appearance at Planet Rock’s Winters End Festival. 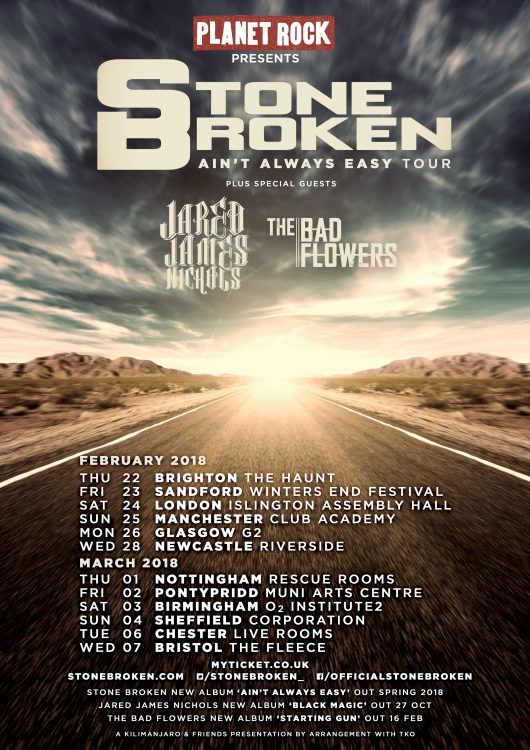