Blending his love for country, rock and soul music, Kid Rock continues to stay relevant with his newest single “American Rock ‘n Roll.” Taken from his eleventh studio album Sweet Southern Sugar, the video was filmed at the Hi-Way 50 Drive-In (Lewisburg, TN). On the movie screen behind Rock and his band, you can see clips of Slash, Bob Seger, Elvis, Dr. Dre and Willie Nelson, as well as many others, who have all helped shape the musical landscape here in America.

If you like what you hear, head on over here where Sweet Southern Sugar is available for stream, digital download and/or purchase then head on over to Rock’s official website and check out the upcoming tour dates for his American Rock ‘n Roll Tour 2018. 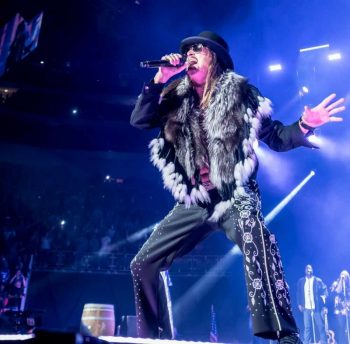