Sometimes a band can have their influences picked out of their songs rather easily. Kyshera has so many that they may have broken the mold.

In a very short amount of time, Mar 16, 2015 to be exact, Kyshera will drop their third album on the world, Circle, via Konic Records. Formed in 2005, this three-piece hails from Cardiff, South Wales, UK and is James Kennedy (vocals/guitar), Matt Warr (bass), and Glyn Bateman (drums). In April, the band will embark on a UK wide Full Circle Tour with Gooding and The Broken Chords. 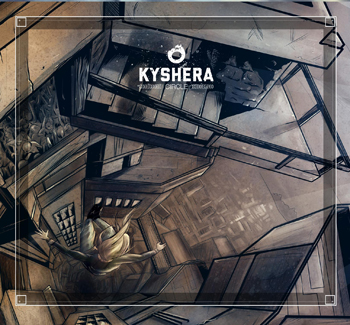 “Lyrically, the album is a concept album. [It is] a story based around a central character and the journey of his life in the modern age. His rise from the bottom to the top of our consumerist, celebrity culture only to realize that in doing so, it came at the price of losing everything that was ‘real.’ […] On the last song, he dies alone. Themes explored throughout [the album] are death, morality, celebrity, love, and consequence.” That is the very heady stuff in the album as ultimately described by the label. 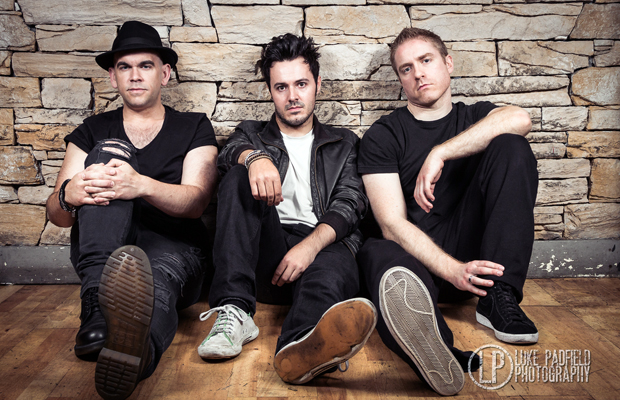 The mixing and mastering of the record is suburb. The instrumentals never bleed over the vocals, the vocals are clean through out the album unless designed to be dirty, and even the triggers or samplings are in harmony with the rest of the parts in each song.

It doesn’t matter if it is an acoustical or electric guitar in any given song off of this offering, the playing of Kennedy is great especially for the fact he is also the vocalist and performing more then one duty. Warr, while not as obvious in any given song as maybe Flea would be for the ‘Peppers, adds solid support for all the tracks and adds the back up vocals as well. And since the band is only the three guys, the dimension added by the bass rifts help to fill out the sound and vibe of each chapter in this story. Bateman’s ability to play in a very technical manner with different time sets and confidence is rather refreshing. There is no thundering double bass hits, nor does need to be with his skill. He gives exactly what each song needs and wastes none of the cohesion he helps to create with Kennedy and Warr.

This rather unusual sonic experiment took a few times through the whole LP before really helping to form an opinion about it. And while their sound has been described as alternative or slightly progressive, there isn’t a true box to put the overall feel of this record into a neat little package. There are songs with high energy and others with quite a bit of a slower tempo.

It is as complex as the human protagonist they are writing about. And for them, it works. It isn’t the second coming of Operation: Mindcrime, but those whom this review captured their interest would be well advised to check it out. It will grow on you and might even become a regular in your player rotation. We won’t spoil the story by breaking down the songs. Check it out when it drops and let us know what you think.