Artificial Agent drops the video for their new single “Begging For Your Blood.”

Detroit rockers Artificial Agent continue to make a name for themselves in the Michigan music industry by creating music that is true to their core genre, classic hair metal. Their new track “Begging For Your Blood” is filled with fist-pumping attitude, which is sure to make any headbanger proud.

Often pulling from musical influences such as KISS, Motley Crue and Queens of the Stone Age; Artificial Agent combines both old and new school influences to create their captivating sound that has drawn fans in from all across the Midwest.

This hard-working band is all about DIY, from the stage production they piece together, to their effort in the studio. They make their own costumes or have tailors create them from original designs. Brad customizes his bass guitars with rhinestones, broken glass, and metal studs while Karl applies his own drum wraps.

It is precisely this attitude that has made people stop and take notice as the band quickly made a name for themselves in the Detroit music scene while becoming a top drawing act in the process.

Mike Elgert’s guitar work is reminiscent of the heavy simplicity of John Christ mixed with the delicate intricacies of George Lynch. Brad Jendza’s bass guitar rhythms are similar to old-school Kyuss mixed with a modern flare of Velvet Revolver. Derek Jendza snarls and growls out the words with such vigour that he sounds happy and angry all at the same time. And Karl Grafton is 100% rock n’ roll on his drum kit.

“Begging For Your Blood” is the second video from Programmed to Destroy and the second video they filmed at the historic Masonic Temple in Detroit’s Cass Corridor, where they took advantage of the spooky visuals from the building’s neo-Gothic architecture. 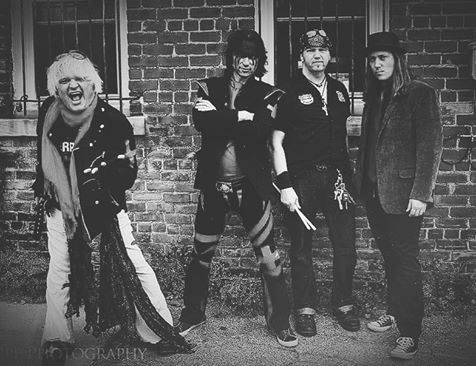