The Self Help Fest in San Bernardino, with headliners Pierce the Veil, featured a variety of bands from the post-hardcore genre. The indoor stage featured Assuming We Survive, Rotting Out, Pvris, State Champs, Whitechapel, Stick to Your Guns, and The Ghost Inside. Outdoor stage included In Hearts Wake, Secrets, The Wild Life, The Amity Affliction, Breathe Carolina, Real Friends, The Devil Wears Prada, Falling in Reverse, Sleeping With Sirens, and Pierce the Veil.

From the start of the show at 2pm, the crowd was teeming with fans. Although not uncommon for festivals to be lower in numbers at the start, it was clear that fans were there for more than just the headliners. The line-up was everything the post-hardcore fan could want. Both indoor and outdoor stages were heavily attended, and between set migrations were massive movements of bodies. 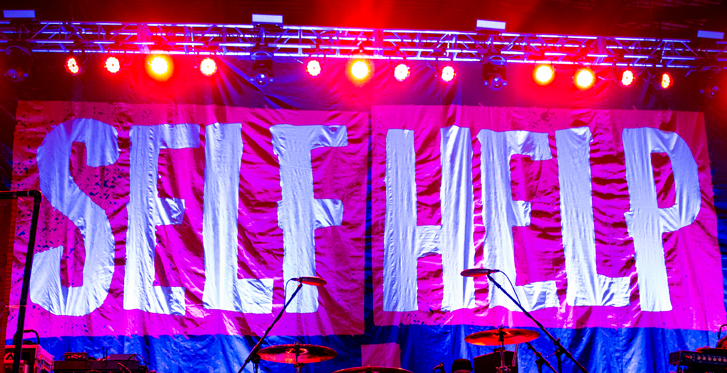 The merchandise tables were also heavily attended, and each band attended to accommodate eager fans after sets. Young fans were the norm at the Self Help Fest, and their chaperones were from every creed. Moms, dads, aunts, and uncles spoke about their desire to take their young charges to see live music. One mom reported that her son had seen seventy-two bands in the last two years, which is a respectable number by any music loving fan standard.

The show was a big hit with the crowd. It was especially great to see all opening bands attended with the same vigor as the headliners. The promoters did a great job of filling the niche for fans and creating a line-up enjoyed by all.