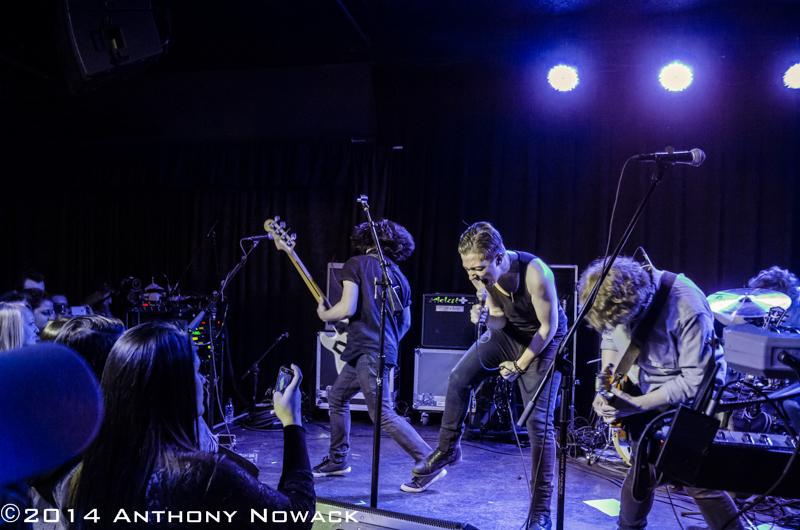 West Michigan five-piece The Outer Vibe are getting ready to go into the studio next month to record their fifth release. They decided to dÃ©but some of their new songs, beforehand, in front of a live audience. They played in the front room of the Intersection, known as The Stache.

An Outer Vibe show never disappoints. The band always seems to have an infectious energy that gets the audience dancing and singing along. Thursday’s show was certainly no exception. The band has a new drummer, Noah Snyder, whom they introduced to the audience by making him come up front and sing Rock and Roll by Led Zeppelin.

At the end of the night, guitarist Nick Hosford and I made plans to continue covering the progress of their recording in future articles. The rest of the band consists of Sean Zee on vocals, Lisa Kacos on trumpet & keys and Andrew “Wonderboy” Dornoff on bass.

American WiFi:
Opening for Outer Vibe was American WiFi from Grand Rapids and Kaleido from Detroit. Both bands were high energy rockers and a great fit for the headliner.