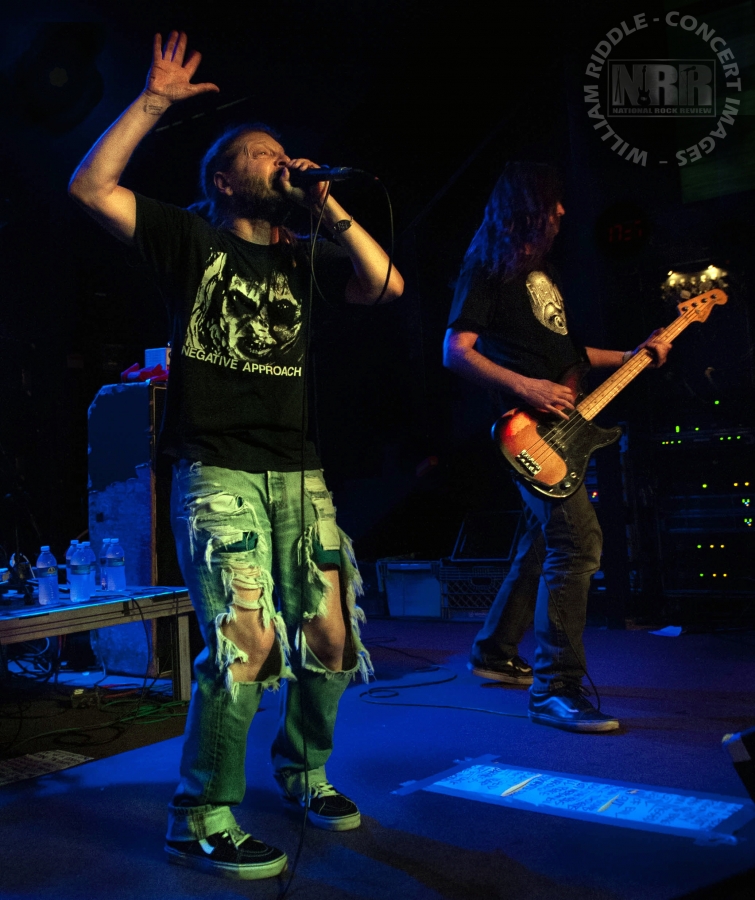 OFF! hit the Hawthorne Theater in Portland, Oregon on April 11th, 2014. Supporting them were Cerebral Ballzy, the NASA Space Universe and Long Knife. The only way to adequately describe what I witnessed at this gig is to equate it to rewinding my life by 20 years back to the 1980â€™s styling of punk and standing in line for a face punch of ‘Awesome’ from each band!

Long Knife was the first band to hit the stage. They are a local Portland hardcore punk band consisting of Colin Jarrell, Scott Goto, Wess Texas, and Chris Reid. These guys kicked ass! They are influenced by hardcore legends such as the Cro-Mags and Poison Idea.

NASA Space Universe (NSU) is a Californian punk band which have been exploring the boundaries of available space in the rooms of concert venues throughout the nation since 2006. Singer Keith Rhea got things into action by leaving the stage and starting the pit. Performing in the audience with a corded mic is typical for an NSU show.Â  Rhea took no prisoners.

Cerebral Ballzy is an east coast skate core punk band having played with many bands such as Black Flag, The Horrors, Black Lips, Japanther, GBH, and FEAR. It is in my opinion, and obvious with their shows and tours, that Cereberal Ballzy is gaining huge momentum therefore being a must see band in a small venue. Catch them while you still can for I see them headlining larger venues in the near future. I believe this is one of the reasons that OFF! took them out on tour with them.

OFF! is a punk rock super group from Los Angeles, California founded by Circle Jerks and Black Flag singer Keith Morris along with Burning Brides frontman Dimitri Coats, Redd Kross bassist Steven Shane McDonald, and Rocket From The Crypt and Hot Snakes drummer Mario Rubalcaba. Founded in 2009, OFF! Has three studio albums, one live album and several singles. They are currently out on their Wasted Years tour. YOU MUST SEE THEM!!!!!