Breaking Benjamin releases their latest single “Failure” after a four-year hiatus, and announces the release date for their album Dark Before Dawn.

#BBisback is posted all over Drummer Shaun Foist’s social media accounts, along with crowd shots from recent shows, Breaking Benjamin is back. Their latest single, “Failure” from Dark Before Dawn released nationwide to a welcoming audience.

According to the band’sÂ press release, “Their first single, “Failure,” written and produced by Breaking Benjamin founder Ben Burnley, was released today and is now available (along with the album pre-order) on iTunes. Within an hour of release, Dark Before Dawn skyrocketed to #1 on both the rock single and rock album charts at iTunes, and landed in the Top 3 on the Overall Album chart. The first original music from the platinum-selling band since the release of Dear Agony in 2009 (certified Gold), Dark Before Dawn marks a new era for the acclaimed band. Burnley is joined by guitarists Jasen Rauch (Red) and Keith Wallen (Adelitas Way), bassist Aaron Bruch, and drummer Shawn Foist (Picture Me Broken).”

While the line-up has changed, Ben Burnley has kept the sound Breaking Benjamin is known for. Whether it’s Burnley’s voice keeping the familiar sound, or the new line-up grasping the foundation, it’s notably Breaking Benjamin.

Dark Before DawnÂ is set to release June 23, pre-orders are available on iTunes. 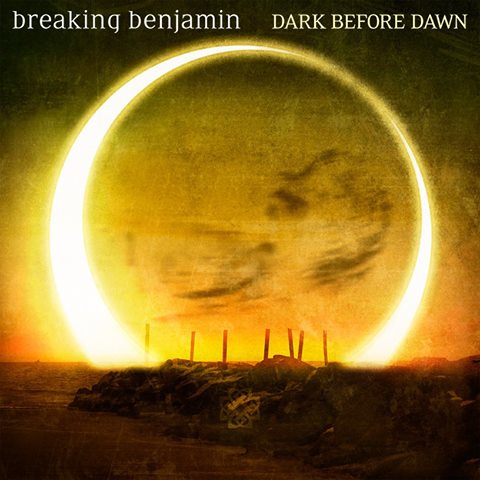