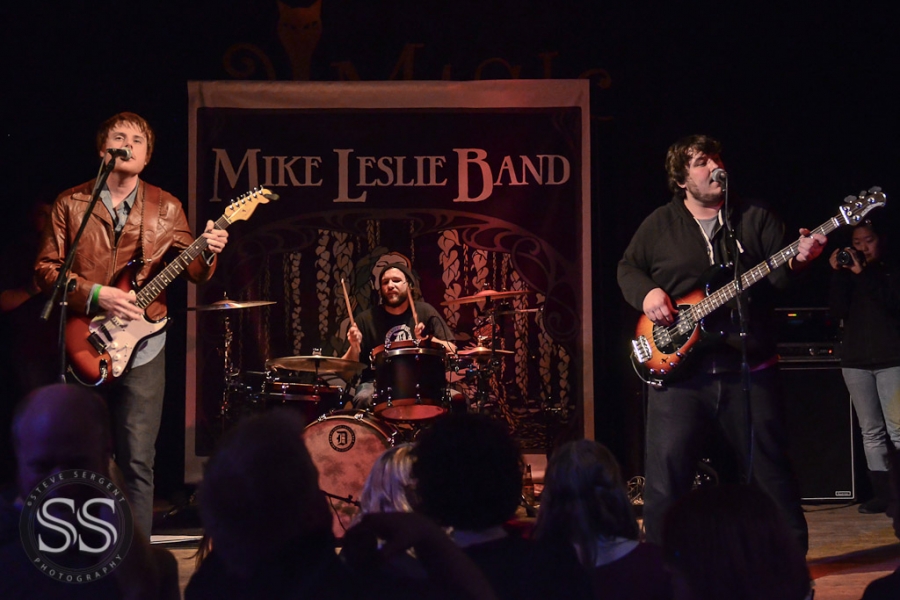 Detroit’s Mike Leslie Band released their first record on January 17th, 2014 to a full crowd at the Magic Bag in Ferndale, Michigan.Â  The band consists of Mike Leslie (Guitar/Vocals), Mike Parrott (Bass/Vocals), and Bryan Reilly (Drums). The sound features a fresh mix of rock and blues.Â  Ever get in that musical funk where everything sounds the same and you need something new?Â  Well this disc is your cure.

The record features 10 songs, including the first single, Weather Vane. A music video for the song, which was produced and shot by Madonna University’s Capstone Film Class, was released late last year.

The last song on the record and the last song of the concert is 4AM Blues. It is a definite blues influenced jam session and a great conclusion to a very solid first record.Â  The record will soon be available to all, please stay updated by liking the Mike Leslie Band on facebook at facebook.com/mikeleslieband and look for it on iTunes.

Intrigued for more, here’s the trio’s full story and the video for their song, Weather Vane.

The hot summer of 2012 saw the renaissance of Downtown Detroit and the formation of the Mike Leslie Band out of the big bang of old structure, new generation, and classic Motor City-born musical styles. MLB offer their eclectic jam twist on pop progressions over rock structure; these gentlemen have strong folk and classic-rock guitar chops yet write around hooks and lyrics to produce urban sonic jewels.

MLBâ€™s live show is a three-ring circus of primal energy, Motown soul and spur of the moment surprises that translate this fine young Midwestern band from ‘great album’ into ‘hell of a party’.

Since their Detroit debut show to a sold out crowd at the Magic Stick in December 2012, the Mike Leslie Band has been a speeding bullet of buzz and critical acclaim. MLB have sold out headline shows at the classic Michigan market rock and roll mid-sized clubs, as well as opened for Three Dog Night, Jimmie Vaughan, Rick Derringer, Sponge, Mitch Ryder, and Larry Carlton.

In 2013, Mike Leslie Band took command of the Detroit music scene with two Detroit Music Awards, including the Peopleâ€™s Choice Award. On the national scene, MLB showcased at SXSW 2013 and won DOUG FMâ€™s regional crown at Battle of the Bands.