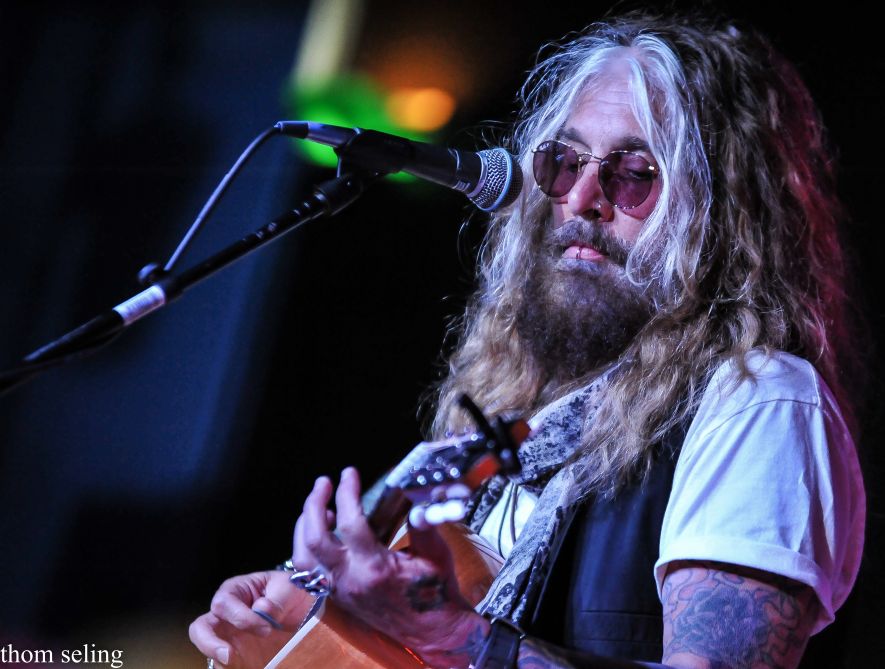 The multi-talented John Corabi returned to the Diesel Concert Lounge last weekend marking his second appearance at the venue in less than a year. Corabi has worked with many bands over his extensive career, including a recording and touring stint with Motley Crue. He is currently touring the country performing select songs from his recent John Corabi Unplugged album while working on a new electric album to be released later this year on Rat-Pak Records.

Corabi has been drawing good crowds wherever he plays on this tour and this night was no exception as the venue quickly filled when doors opened at 7pm. Raw and unplugged, he took to the stage with a smile and perched himself upon a stool directly on the edge of the stage with his road worn acoustic guitar.Â His performance at Diesel was one that showcased his talents as not just a singer, but also a songwriter and storyteller, punctuating his set with the meanings behind his songs, tales from the road, and life anecdotes. Corabi’s music rings out with true honesty, and the passion for his art resonates in the timbre of the notes he plies from his guitar.

Detroit bad boys Chrome Mollie played a solid set of straight up rock and roll that takes no shame in their obvious influences of hair and glam bands from theÂ eighties. Channeling the spirit of the metal masters of that decade, infused with their own touch of charm, they rocked the venue as if they were playing for 100,000 fans.

As a special treat for the crowd, Corabi joined them onstage to sing a cover of Motley Crue’s 1994 hit Hooligan’s Holiday. The crowd wasÂ ecstatic as they swarmed towards the stage, with Corabi holding the mic out over the crowd for the chorus. This was an epic moment for the guys in Chrome Mollie, who are by far one of the hardest working bands in the Detroit area. They have a new album to be released in the coming months and have also been nominated for the Best Hard Rock/Metal Artist or Group category in the Detroit Music Awards voting poll.

The other opening acts of the night included the hard rock band Rezination and an acoustic cover set byÂ Jeremiah Ferguson. National Rock Review photographer, Thom Seling, was on hand to capture moments from each band during the great night of rock music in Detroit.