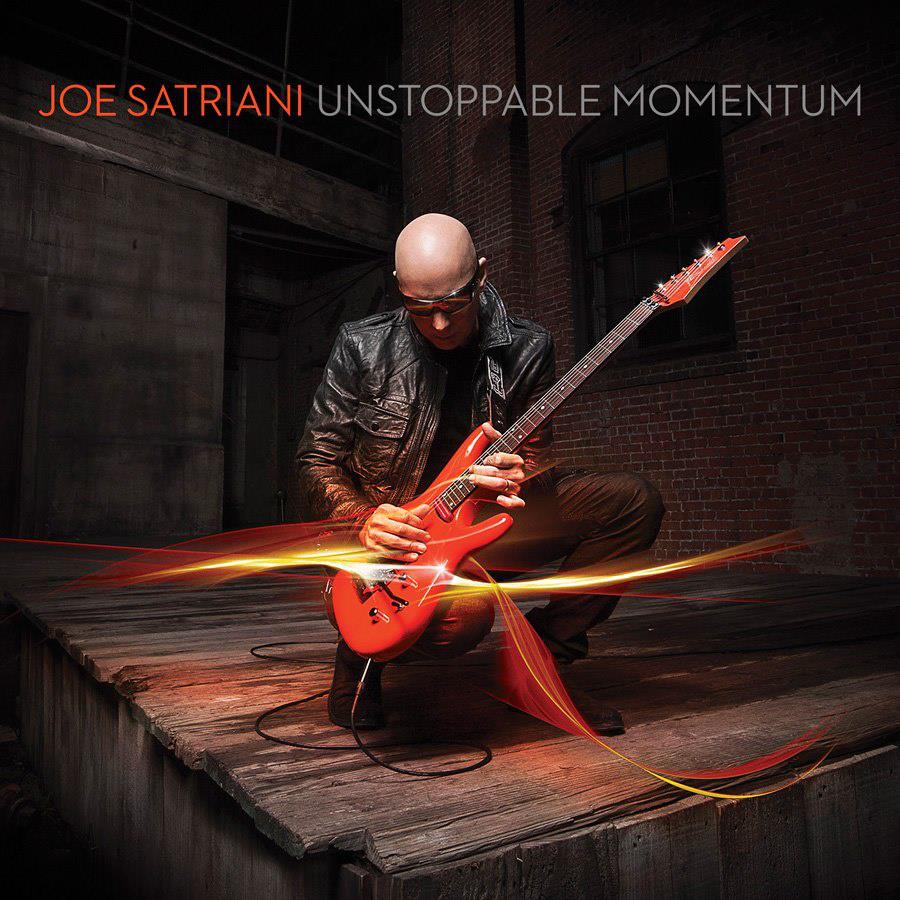 What more could possibly be said about Joe Satriani and his long and glorious career? Joe Satriani is the guitarist of guitarists. Ranked among the best of our times, between his two platinum and four gold albums he has delivered album after album of amazing guitar instrumentals as well as touring with G3 and Chickenfoot.

His recent solo tour behind the “Unstoppable Momentum” album is undoubtedly another epic notch in the Satriani belt, and another must see concert on the bucket list of any true music or guitar lover. His all-star band of guitarist/keyboard player Mike Keneally, bassist Bryan Beller, and drummer Marco Minnemann define the epitome of what quality rock music is about today. As I stood side-stage and reveled in the music, I became completely mesmerized by the spot on accuracy and pure energy of these musicians.

There are not many shows that begin with a drum solo, but Marco Minneman is a mighty drummer and quickly sets out to prove that this would be a set not soon to be forgotten by anyone in attendance. Declaring as he drums the opening song, it’s time to “JUMP IN” . Mid-way through Minnemann’s drum solo, Bryan Beller (on bass) strikes a chord and whisks onstage with his wild mane of dark hair leading the way, and then from aside the sound booth Mike Keneally adds his six string and keyboarding skills to the opening song.

At this point Satriani was more than happy to make a simple entrance and encouraged the crowd to clap along to the beats. Satch is a true crowd pleaser, who humbly proves the mastery of his instrument , at the same time, making fans feel as though they are watching one of their buddies jam at home in their garage. Except for the fact that there is nothing simple about watching Joe Satriani play. He is like the pied piper of guitar, when you see and hear him, you know you are witnessing greatness. With guitar in hand and sunglasses shading his eyes it is impossible to resist his talent and charm.

The large video screen streaming pyschedelic nature scenes behind the drum kit was an enlightening addition to the show, but definately not a diversion to the sound coming from the stage, it simply added to the ambience. But, more than anything the entire band deserves praise for sound quality, professionalism and showmanship.

A definate highlight was watching Mike Keneally match Satch’s guitar proficiency throughout the set by acting as Satch’s sparring partner, no small feat, but Keneally does it in a seemingly effortlessly and cohesive manner. Satch also gives each member of the band solo time, proving once again that the unity and expression of Satch’s band is of the highest quality and in my humble opinion a true testament to Satch himself.

This band is truly a tight unit, free of ego or flashy shows of bravado. It is about the MUSIC. This show is a complete triumph because… it is… THE MUSIC. Simply some of the most beautiful and moving music anyone could possibly hear live! Without a doubt, go see this show when it comes through your city. ~KK

SETLIST:
JUMPIN IN
DEVIL’S SLIDE
FLYING IN A BLUE DREAM