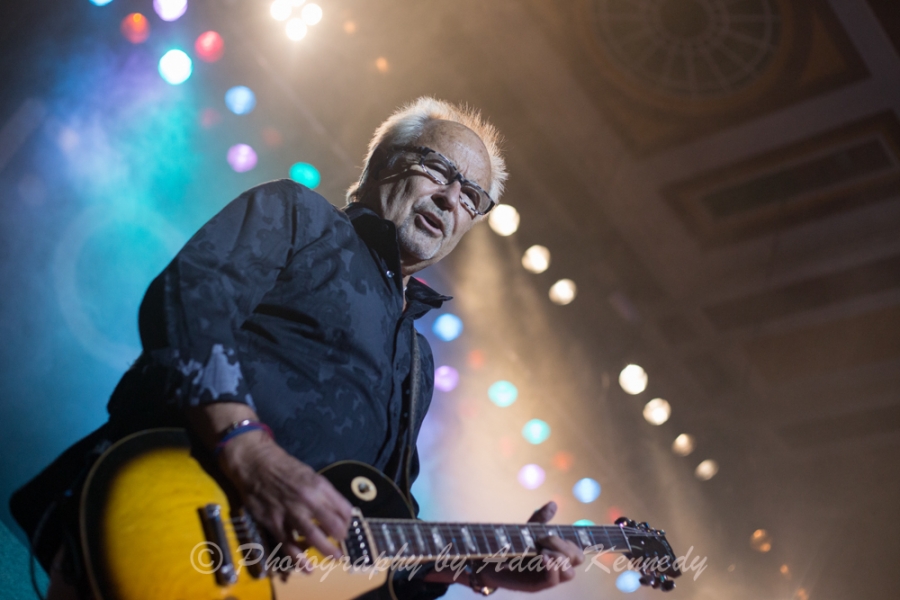 Foreigner, led by founding member and lead guitarist Mick Jones, have had an impressive career spanning 30 years including ten multi-platinum albums.  The band recently released their I Want To Know What Love Is â€“ The Ballads album.

The night kicked off by British AOR veterans, FM, who rattled through a quick set to an eagerly awaiting Newcastle crowd who had turned up early to catch the top class opening acts.  The band was very tight and it was obvious that they were enjoying themselves just as much as the crowd were.

Their set was packed full of feel good hits from the bandâ€™s extensive career including the rocking That Girl and Crosstown Train which had the audience clapping along, before slowing it down with heart-felt ballad Closer To Heaven.  FM brought their set to a close with the classic Burning My Heart Down from their 1989 album Tough It Out to rapturous applause from adorning crowd.

Next up was Europe fronted by the enigmatic Joey Tempest bringing a superbly balanced set of classics along with new material from their last two studio albums, Bag of Bones and Last Look At Eden.  Joey reminisced on great memories of playing this very venue back in 1992.

The Swedish rockers had the crowd hanging on to every word of Carrie, before Cherokee made a rare but welcome appearance in the bandâ€™s set list.  The crowd now in full swing, hands in the air clapping and singing along as the constant showman Joey Tempest leads the band into Rock The Night injecting into the chorus to Roxanne by The Police as a nod to local hero Sting.  Joey stated how nice it was to be back in the North much to the pleasing of the local crowd.  The band brought their set to a close with the anthemic Final Countdown. Europe most certainly rocked the night leaving the crowd suitably warmed and ready for the mighty Foreigner.

It was now time for Foreigner to take the stage. The entire audience was on their feet, opening their ninety minute set with Double Vision.  This band jells so well together and are obviously having a lot of fun in the process.  Kelly Hansen proving he is the perfect front man for the job, commanding the audience in such a way that is reminiscent of many of the greats.

By the third song into the set, Cold As Ice, Hansen jumps off the stage and moves through the audience, climbing across the seats of the City Hall much to the excitement of the fans.  Founding member Mick Jones wielding his Les Paul joined the rest of the band onstage during Feels Like The First Time and played out the rest of the show.  The multi-instrumental Tom Gimbel took the spotlight during Urgent with a superb Saxophone solo which saw him down on his knees giving it his all, before Michael Bluestein and Chris Frazier got their chance with a space age sounding Keyboard solo and an epic drum solo.

The band brought their main set to a close with a rocking version of Jukebox Hero from the 1981 album Foreigner 4, leaving the crowd on their feet and cheering for more.  The band returned to the stage with Mick Jones telling the audience that Newcastle was in fact the first show on the tour to sell out, much to the satisfaction of the North East crowd before taking us back to the first album and Long, Long Way From Home seeing Tom Gimbel once again rocking his Sax.  The crowd hanging on to every word of I Want To Know To Know What Love Is and Hot Blooded before leaving the stage to a standing ovation from the Newcastle fans.

Encore:
Long, Long Way From Home
I Want To Know What Love Is
Hot Blooded