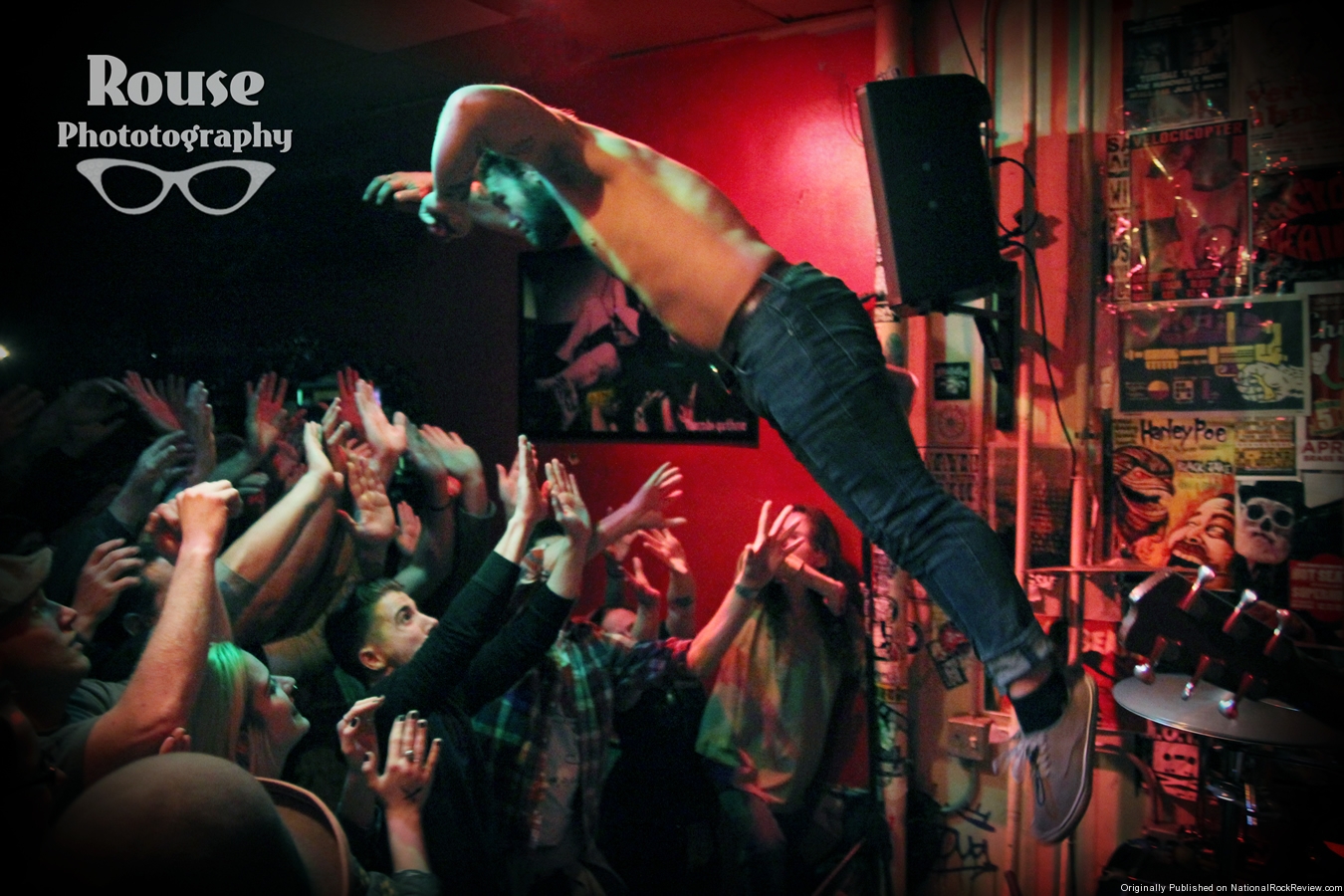 The Brass Rail is a small venue. It was PACKED.

Whiskey Shivers played barefoot, and got the crowd ready with their gritty brand of bluegrass. Bobby Fitzgerald absolutely wins the award for hardest working mullet in show business. The energy and fun radiates off the band and translates into a great time for the crowd.

Scott H. Biram celebrated the eleven-year anniversary of his near fatal accident on stage at The Brass Rail. His set was long and yet not long enough. The crowd response was huge. His one-man band sound rivals some four-piece bands out there. It was evident that he enjoyed every minute of his time on stage and the crowd did as well.

Larry and His Flask are the most high-energy band I have ever seen. Bluegrass sound mixed with heavy metal energy; they truly encompass punk-grass into a quality and super fun show.

By the time they took the stage there was not an inch of space in the room. The Brass Rail is a favorite place for Larry and His Flask to play. Jamin Marshall hails the Rail as a favorite due to the fact that he can crowd surf from the stage to the bar and often does. Their return to the Rail was legendary. Crowd surfing, loads of beards, Mason Jar beer, and tons of energy made the night one of the best in recent history. Fans from as far as Lexington, Kentucky came to see The Flask at The Brass Rail.

Halfway through the set, shirts came off and most band members made it into the crowd at some point with their instruments. Up close and personal and wild was the theme of the night. Jesse Marshall even brought his upright bass to the floor at one point. Scott H. Biram even got in on the action stage diving over the band at one point.

Larry and His Flask finished the set with crowd favorite, Beggars Will Ride, before coming back with an energy packed, My Name is Cancer, encore. During the encore, Jamin instructed the crowd he wanted a stage dive of epic proportions. He dove off the stage and had a group carry him out one door, in the other, and back to the stage.

All three bands seemed to sincerely enjoy being in the company of their fans both before, after, and even during the show. The boys of Whiskey Shivers, as well as Scott Biram, were right there in the crowd soaking up the energy Larry and His Flask were throwing out to the crowd and enjoying it just as much as the locals.

Larry And His Flask