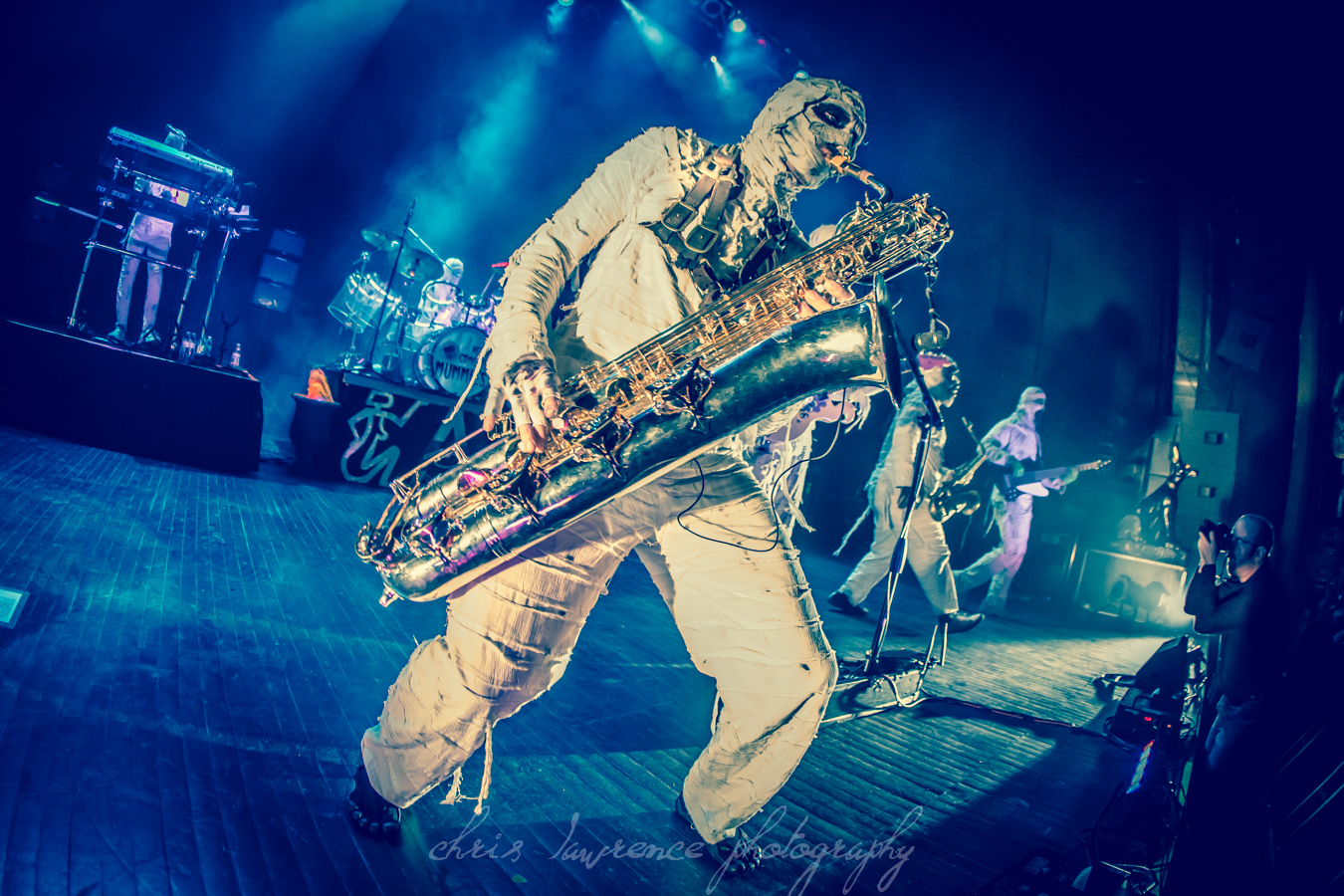 Here Comes The Mummies
at The Fillmore in Detroit [more pics]

On Friday February 28, 2014 I attended the Here Come The Mummies performance at The Intersection in Grand Rapids, MI.  The opening act on this show was The Jim Shaneberger Band, which I had never seen, but always heard great things about.

Iâ€™m so glad I was finally able to see for myself what all the hype is about.  Jim Shaneberger is an amazingly talented musician  and itâ€™s apparent why heâ€™s been making a name for himself in the Grand Rapids area.

Although his set started out slowly, with each song, he had more and more people moving to his soulful music. Currently playing in support of his CD, Work in Progress, Shaneberger has worked with great blues musicians such as Greg Nagy and Donald Kinsey, and their influences were definitely apparent.

Near the end of his set the crowd was treated to a guest appearance by Craig Griffith of Verve Pipe fame. The crowd went crazy when Griffith joined Shaneberger on stage, jamming on his harmonica and playing with the band for several songs. The audience loved the performance and were primed and ready for the headlining act.

As I waited for ‘the Mummies’ to come out, it was interesting listening to the crowd buzzing with stories about who the band members really are. It is always exciting to go to a show and have the audience be so amped about the band coming out. I was informed by security they would not come out ‘the usual way’ so I should â€œstand backâ€ and then BOOM! The band was running through the crowd! People were very excited and screaming as they came through the crowd and up onto the stage. Just that one touch of mummy cloth was thrilling for the fans!

Here Come The Mummies are a Funk/R & B band who dress in full mummy bandages as they play. This adds so much excitement for the crowd. Everyone is guessing what famous musician they may be under the bandages. They are rumored to be Grammy award-winning musicians, but the truth is, they are just amazing musicians who give their audiences amazing music and really, who can ask for anything more than that?

After taking the stage the band immediately broke into Carnal Carnival.  The music was lively, fun, and even hilarious!

After a long set of dancing, singing, and playing amazing music, (which included two drum sets, bass, guitars, and horns), these guys didn’t end the show there. They invited the audience to come back to the merchandise table for a picture and a hug. This is always something I appreciate because it shows how much the band cares about their fans. This was a seriously amazing night of music.

The Mummies have recently released the first in a series of free EP’s titled A La Mode. They also have several studio albums, compilations, and a live DVD, as well a soon-to-be released DVD from last year’s show in Nashville, TN.

Do yourself a favor and keep an eye out for the Here Comes the Mummies to tour in your town.  You wonâ€™t be disappointed.