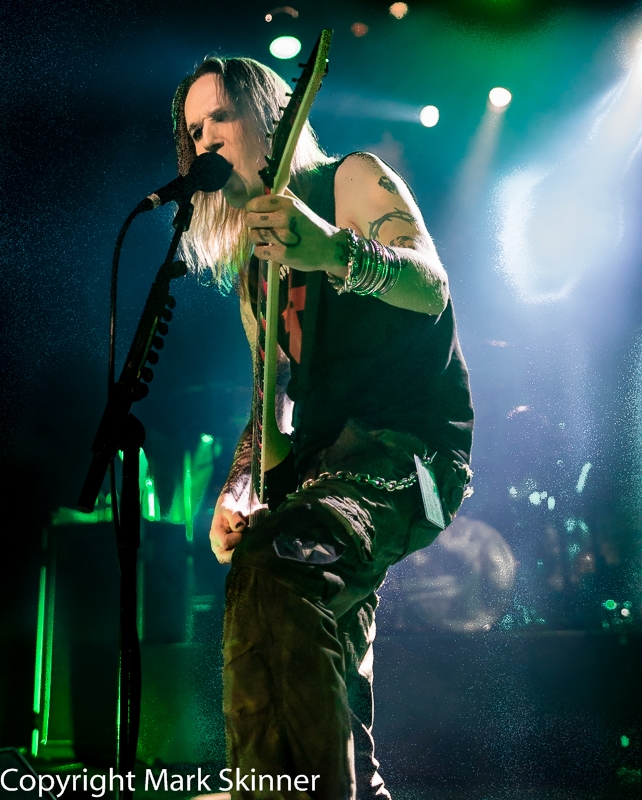 Children of Bodom made their third stop on the Halo of Blood North American tour Sunday night with supporting acts California thrashers, Death Angel, and Faroese folk metal band, TÃ½r. One of the heaviest and technical metal bands to emerge in the past twenty years, Children of Bodom have firmly entrenched their place in history. They released Halo of Blood in the summer of 2013, and the band has not slowed down touring in support of it since.

Death Angel was main support, still thrashing harder than ever after a hiatus for the better part of the 90s before reforming in 2001. Their most-recent album,Â The Dream Calls for Blood, released in late 2013 showed the world that the band was far from dead. Death Angel held nothing back this night pouring all they had into this performance.

Hailing from the Faroe Islands,Â TÃ½r opened the night with their stylistic brand of folk metal based upon Nordic mythology and Viking lore. A tightly coupled four-piece band, they tour almost constantly traveling the world playing several festivals a year. Their last release,Â Valkyrja, was a resounding success and garnered much acclaim from the metal community.

National Rock Review photographer Mark Skinner was there to capture the imagery of all three bands.