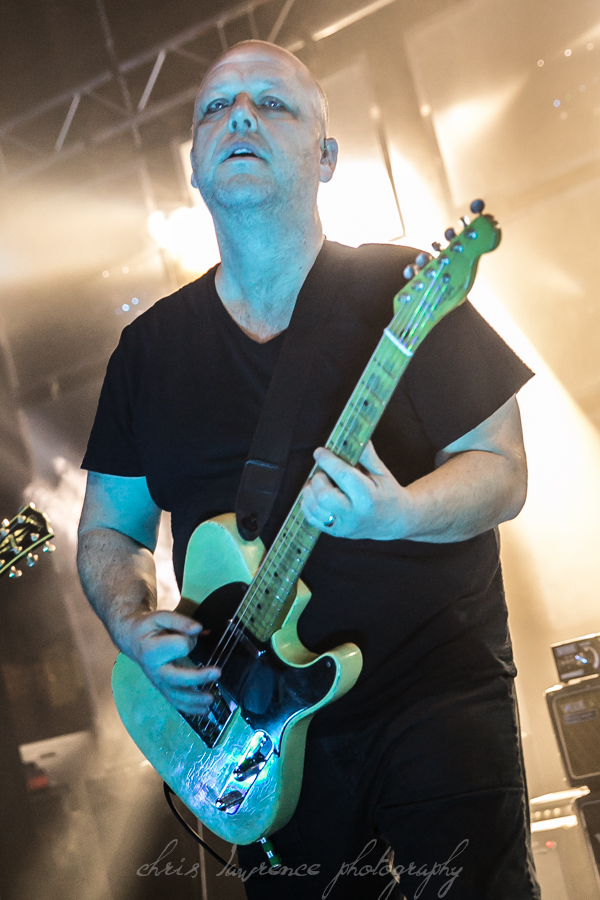 The Pixies are an alternative rock band formed in formed in 1986, just alternative was on its way to gaining mainstream acceptance. The band’s unique sound… thumping bass lines, distorted and screachy guitars, and dark, somber lyrics… was a major influence on the 1990s alternative and grunge genre.

While their success at home in the United States was modest at best, the Pixies did significantly better in Europe. The band disbanded in 1993, amid conflict amidst its members. Apparently, their absense only served to increase the apetite of fans for their music. When the Pixies reunited in 2004, they did so to sold-out world tours.

The PixiesÂ are currently on tour. They played at the Fillmore in Detroit, Michigan on February 8th, 2014. Photographer, Chris Betea of National Rock Review, was on hand to capture images of the show.