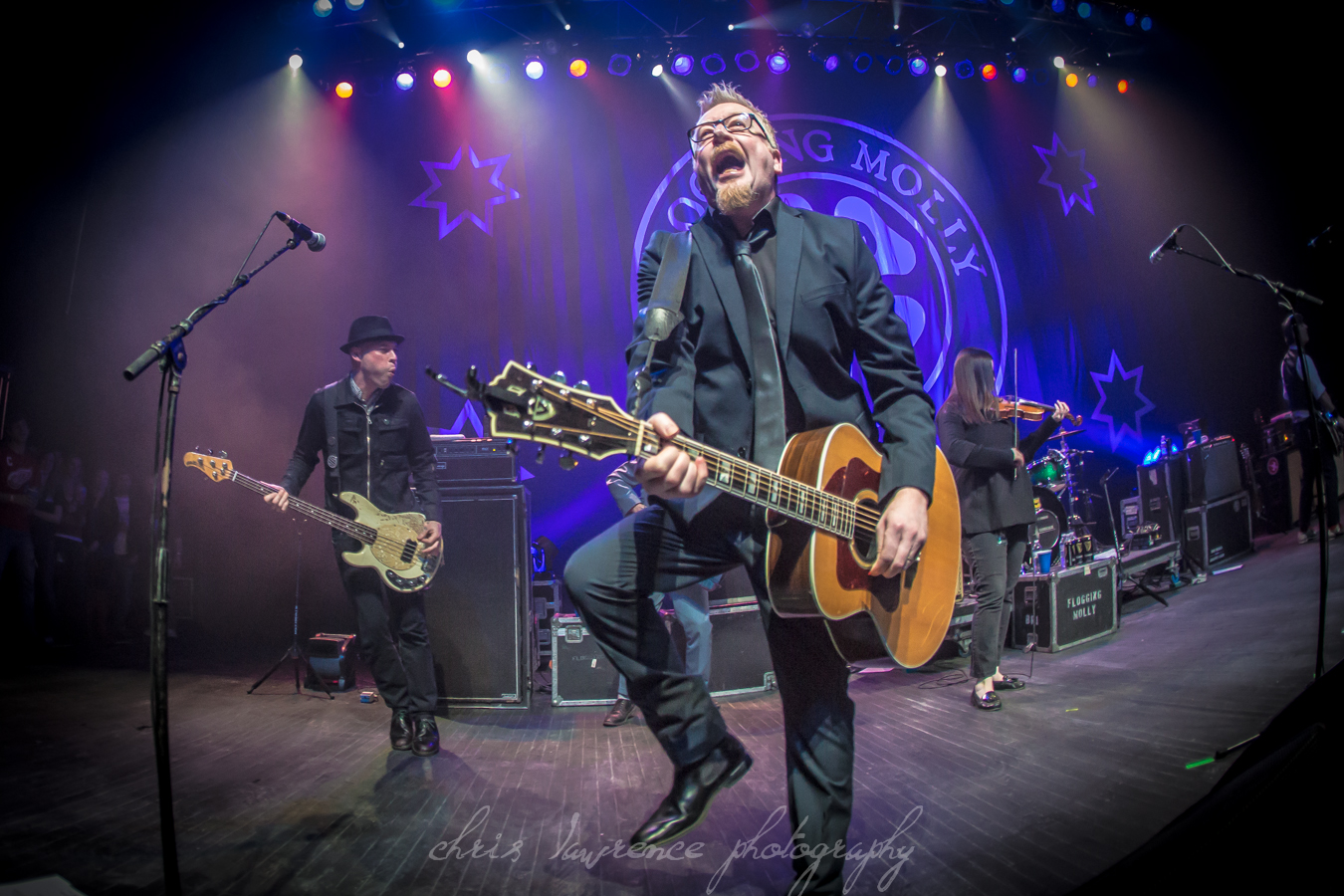 For over a decade, Flogging Molly has toured at the beginning of the year on their Green 17 tour that leads up to St. Patrick’s Day. A raucous celebration of life, liberty, and music, the band always delivers an outstanding performance at every stop along the way. The Detroit show, home to Dave King and his wife Bridget, is always just a bit more epic and over the top than the others however.

With The Fillmore Detroit packed to the rafters, the band launched in to a nearly two-hour set that touched on songs from nearly every album in their career. The crowd was even more delighted when Dave King emerged back on stage for the encore sporting a Detroit Red Wings jersey in honor of defenseman Nicklas Lidstrom, who’s jersey retirement celebration was conducted down the street at Joe Louis arena earlier in the evening.

This is theÂ 10th anniversary of the Green 17 tour, which is also the last.Â Lead singer/songwriter Dave King reflects on the decade long event, “ToÂ everyone who at one time or another has joined us on the Green 17 tour, from the bottom of ourÂ collective glass, we say cheers to each and every one of you. It has been ten years of friendship allÂ of us will never forget.”

Of course, this does not signify the end of Flogging Molly as a touringÂ machine. King adds, “To all of the bands who packed their vans and joined us over the years, weÂ thank you. To the many wonderful venues, may your doors never close. This may be the 10th andÂ final round, but the gloves are still well and truly on. To Molly’s Army… we salute you!!”

While Green 17 may be coming to close, the next chapter for Flogging Molly will be taking shape very soon. The band is getting ready to head into the studio to record a new album, to be released in early 2015. The new album will be the band’s first since 2011’s highly acclaimed Speed Of Darkness, which Rolling Stone called “…one of their best records yet.” Speed Of Darkness garnered a Top 10 Billboard debut and was praised by a wide range of press, including The Associated Press, Wall Street Journal, Parade Magazine, Los Angeles Times, Billboard, New York Post, Alternative Press, USA Today and many more. Flogging Molly had their debut appearance on the acclaimed PBS program Austin City Limits and a feature segment on the CBS Evening News. Parade Magazine called Speed Of Darkness, “…a foot stomping blast of Celtic punk rock and a battle cry for the working class.”

For over 15 years, Flogging Molly has proudly waved the blue-collar flag. They have created a catalog of thoughtful, passionate and intelligent anthems, stories, and ballads that have resonated with fans worldwide. Their incredible live shows continue to be festive communal experiences that keep people coming back, and the final Green 17 Tour should provide a heavy dose of all that Flogging Molly had become best known for.