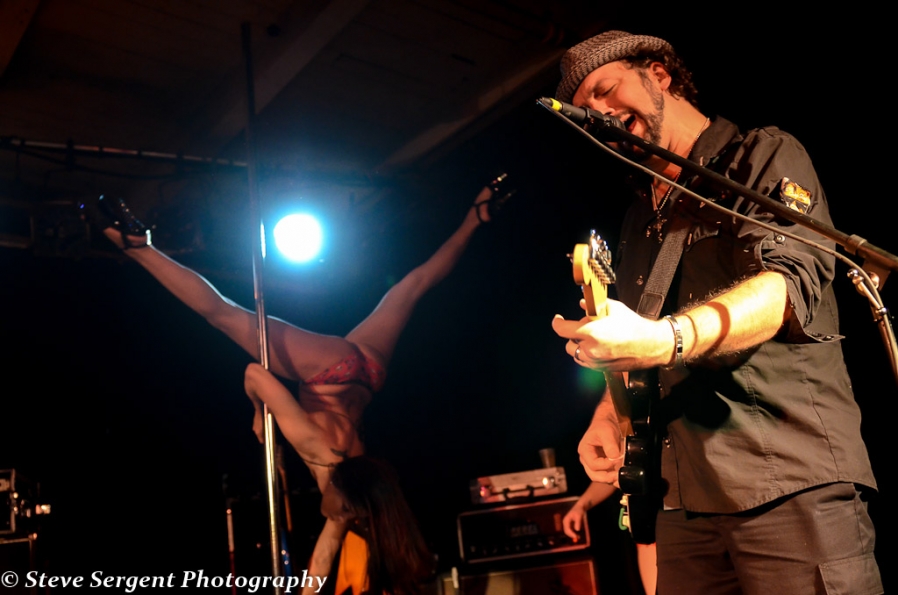 90’s rockers Sponge and Spacehog combine with current rockers Lionize and The Red Paintings to give Detroit music fans a hell of a rock show at the The Magic Stick on Thursday, December 12th, 2013.

Frontman Trash McSweeney says of the group, “I wanted to create a musical act that mixed all different types of unusual mediums into one performance. Live painters, human canvases, opera men, strings alongside the normal rock lineup. I felt under â€˜The Red Paintingsâ€™ name it was a great label for what I was presenting to an audience”.

Lionize was next and these guys rocked.Â  With a new record in the works for 2014, the group has recently signed a record deal with Weathermaker Music, the label owned and operated by Maryland rockers Clutch.Â  A touring machine over the years, Lionize was no stranger to our great state of Michigan.Â  Having a deep fan base in Detroit, Flint, and Grand Rapids, frontman Nate says his favorite thing about the area are the many breweries and beers Michigan has to offer, including Founders and The Dark Horse Brewing Company.

Cool fact; the band selected the name out of the dictionary because it sounded cool and has an awesome meaning. liÂ·onÂ·ize: to give a lot of public attention and approval to (someone); treat as a celebrity;

Do yourself a favor and check them out; they will not disappoint.Â  Odds are pretty good the touring machines will soon be through your town.

Spacehog
English rockers Spacehog are back in the U.S. after a long hiatus.Â  The band known for their #1 hit, “In The Meantime”, has recently released a new record titled “As It Is On Earth”. Fans were thrilled, many waiting over 10 years to see the band again, as the group rocked through a mix of old and new songs in a powerful 60 minute set.Â  The fans are also partly responsible for the new record as it had funding help from a successful Pledge Music Campaign.

SpongeÂ
Detroit’s powerhouse band Sponge closed the hometown show.Â Â  TheÂ  small tour with Spacehog is winding down and ending the year for Sponge, a year that included the release of their seventh studio album Stop the Bleeding.Â  After a very successful stint on the two-month, 40 date Summerland tour, joining other 90â€™s favorites Everclear, Live and Filter,Â  Sponge inked a deal with New Yorkâ€™s The End Records (Danzig, H.I.M.). Sponge is currently promoting their new single, Come In From The Rain.Â  Call your local rock station and request this awesome song.