Set It Off have announced their summer 2019 U.S. tour plans. The band will embark on the Midnight World Tour Part 3. It’s the third leg in support of their Fearless Records debut Midnight, out now. This leg follows Part 1, which canvassed the U.S., and Part 2, which rolled through Europe.

For Part 3, the band will hit the road on a headlining trek with support from Emarosa, Broadside, and Lizzy Farrall. The tour starts on June 11 in Colorado Springs and runs through July 18 in Los Angeles. The band will also appear at two Warped Tour 25th Anniversary Weekend shows and Sad Summer.

“Parts 1 and 2 of the Midnight World Tour have been such a success for us that we immediately started working on coming back to the U.S. to play some areas we didn’t get to see on the first run,” said singer Cody Carson. “The overall support has been overwhelming, and we cannot thank you enough! A lot of the shows sold out on our last tour so PLEASE don’t wait and get your tickets now at setitoffband.com.” 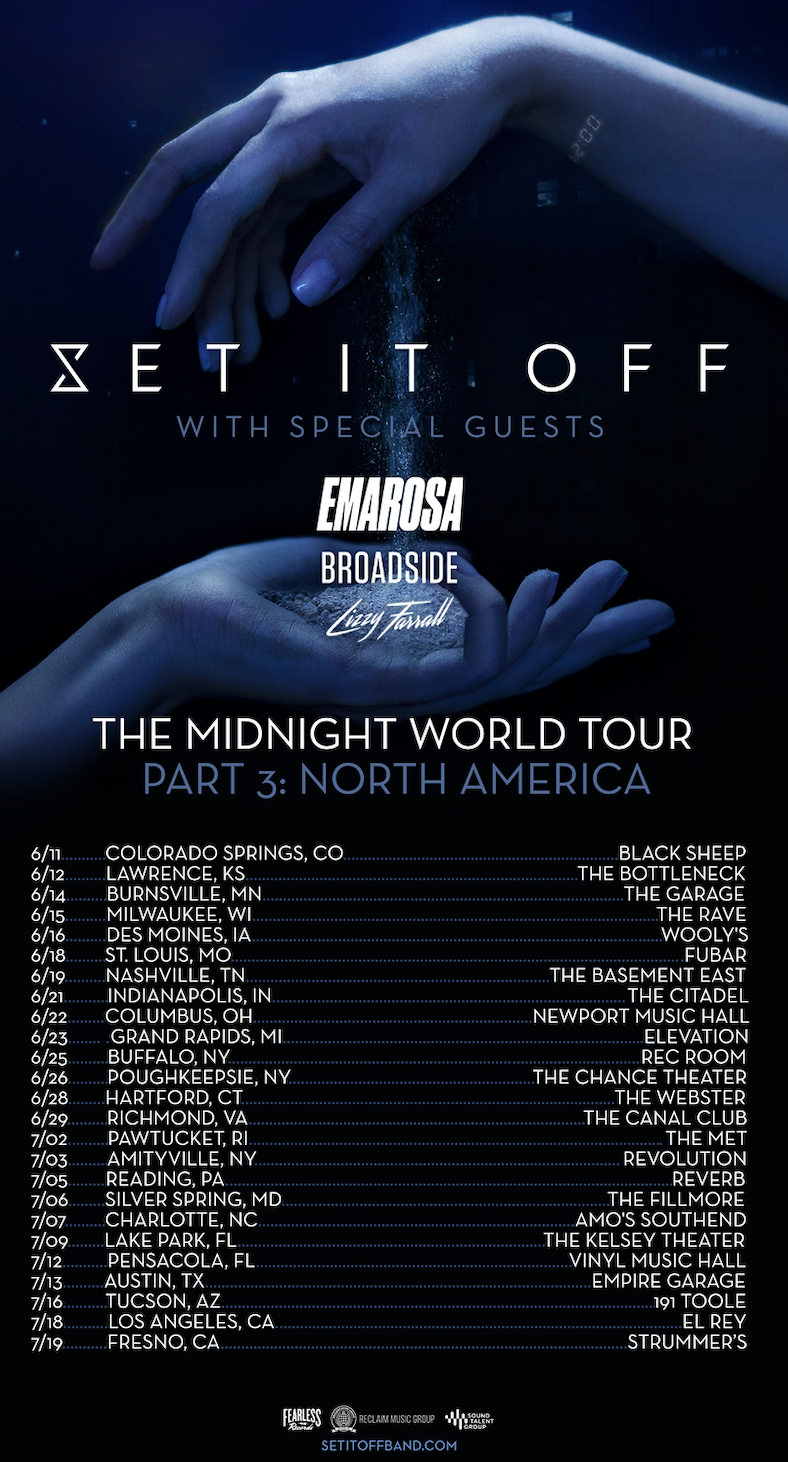 Midnight was produced by Mike Green (Neck Deep, All Time Low, State Champs) with additional production by Brandon Paddock (Panic! At the Disco, Papa Roach, The Used, Daughtry). The album demonstrates a depth and breadth of musicianship. Carson played clarinet, and guitarist Dan Clermont played trumpet on the record, while the band also incorporated live strings, live horns, and a live gospel choir into the album. Midnight also includes intricate, instrumental features by Reel Big Fish’s Matt Appleton and Issues’ Skyler Accord, as well as a vocal feature by Wayfarers.

Check out “Killer in the Mirror,” “Midnight Thoughts,” and “Dancing With the Devil.”