A new festival in Southern California aims to be the Sturgis of the west coast uniting bikers and music lovers in one large event.

In the season of festivals, sometimes it’s hard to stand out from all of the great shows in your part of the little blue ball we all live on. Recently announced, however, is one that may make a few people alter their plans. Lost Highway Festival promises to be what Sturgis Motorcycle Rally has become in its 75 years, but in Southern California.

This weekend-long motorcycle, camping, and music festival will be held May 30, 2015 at San Manuel Amphitheater with weekend camping on May 29 thru May 30, 2015 at the Glen Helen Park in San Bernardino, CA. This inaugural show will feature live performances by Toby Keith, Social Distortion, Eli Young Band, Reverend Horton Heat, Lucero, and more on one of the two stages being set up for the acts. The festival wants to lay its roots in the traditions and camaraderie of motorcycle riders and music fans alike in one place.

In the spirit of recognizing new artists, four bands will be selected to play at each of the dealerships, with one a winner from each respective location earning the opportunity to perform live at the Lost Highway Festival on the Russ Brown Stage. Musicians can submit their band directly through the open entry online submission form via the Lost Highway website (see the link below). 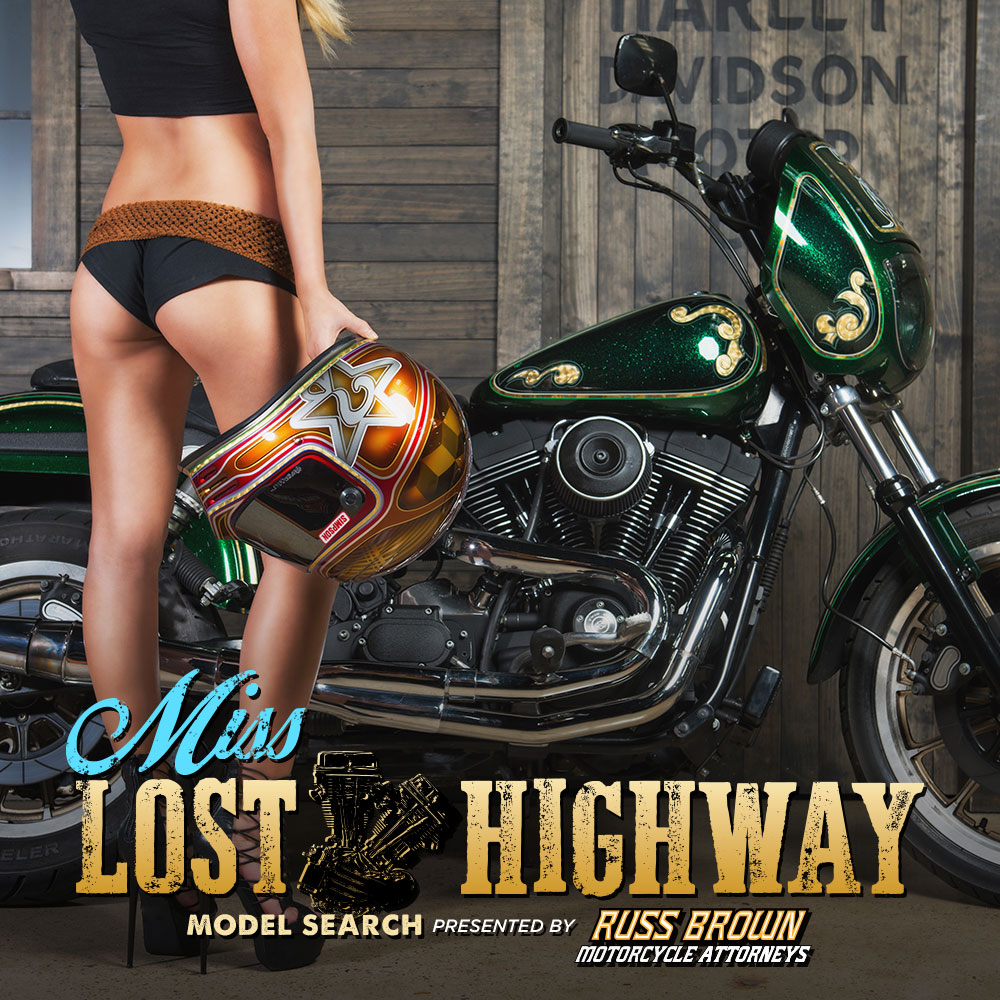 In addition, Lost Highway and Russ Brown are giving models throughout Southern California the chance to be named Miss Lost Highway 2015. Each Lost Highway pre-party will also include semi-finalist events where three models will be selected to move on to the finals at the festival. The winner will receive a photoshoot by Justin George for the cover of the 2016 UNKNOWN Industries Calendar and features in three of the worldâ€™s top custom motorcycle magazines: Hot Bike, Baggers, and Street Chopper. All interested models may enter through the Lost Highway website.

For all of the information on ticket prices, VIP packages, motorcycle rides, camping, and more, check out the website for the latest details. If you happen to make it out there this year we’d love to hear what you thought of the entire experience.