Whitesnake is back with a new album, the first since 2011.

David Coverdale joined Deep Purple in 1973 following in the footsteps of Ian Gillan. During his tenure as the frontman of Purple, the band they recorded the classic studio albums Burn, Stormbringer, and Come Taste The Band.

Whitesnake formed in 1977 following David Coverdale’s exit from Deep Purple. Fast forward to the present day and Whitesnake take a walk down memory lane with their fearless leader as they grapple with some of Deep Purple’s classic cuts.

Now it’s time for Coverdale, along with his Snake counterparts, to revisit that golden era of rock history under the banner of The Purple Album. The concept of the project was originally conceived by the late Jon Lord who had wanted to work on a reunified Deep Purple project upon recovery from his illness. Very sadly, Lord passed away in 2012 leaving the project hanging in the balance.

Wanting to see his good friend’s idea through to fruition, Coverdale reached out to Ritchie Blackmore to see if they could make it happen, possibly under the guise of Coverdale/Blackmore. Sadly, talks broke down leaving David with a dilemma.

Coverdale’s wife Cindy stepped in and encouraged David to turn the concept into a Whitesnake album, and the project was revived from the ashes in the shape of The Purple Album, which sees the band revisiting those classic Deep Purple Mark 3 and 4 albums with Coverdale paying homage to his Deep Purple band mates and his time in the band.

It’s been four years since the last Whitesnake album Forevermore. During that time, the band have undergone some personnel changes with Doug Aldrich leaving to join Revolution Saints and Joel Hoekstra from Night Ranger going the opposite direction. Brian Titchy also left the band in 2013 leaving the legendary Tommy AldridgeÂ to take up the sticks in Whitesnake once again. Brian Reudy’s departure sees Michele Luppi taking up the vacant Keyboard spot. 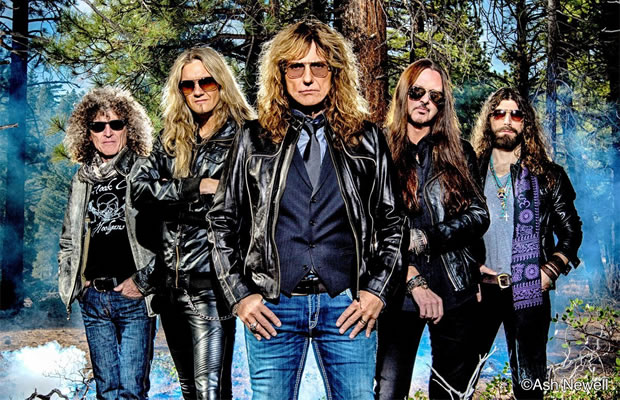 Whitesnake has never been short of world class axemen with the likes of Steve Vai, Adrian Vandenberg, Doug Aldrich, and Bernie Marsden gracing the band’s lineup over the years. The current lineup sees the formidable partnership of Reb Beach and Joel Hoekstra.

Beach and Hoekstra stamp their mark throughout the album with a display of guitar mastery. Track after track sees the mighty duo go to battle with wondrous solos, oozing with superb tone, twin lead guitar harmonies reminiscent of Scott Gorham/Brian Robertson’s partnership in Thin Lizzy, and a performance that Ritchie Blackmore himself would be proud of.

The Purple Album most certainly packs a punch from the unmistakable opening riff of “Burn” hand in hand with hard rocking tracks like “Lady Double Dealer”, the incredible “Stormbringer”, which is one of the many standout tracks on the album, and “Lay Down Stay Down” which have all been given a new lease on life. The album is interspersed with some slower numbers in the form of “Sail Away” and the beautiful “Soldier of Fortune.”

You can’t help but wanting to rock out to the Snake’s incredible rendition of “The Gypsy.” A ferocious harmonica intro leads us into “You Fool No One,” with some smooth vocals from Coverdale. The classic “Mistreated” sees Coverdale delivering a fine performance alongside some rather passionate playing from Beach/Hoekstra, Tommy Aldridge rocking with all his heart, a thumping bass line from Michael Devin alongside some great keyboard work from Michele Luppi. 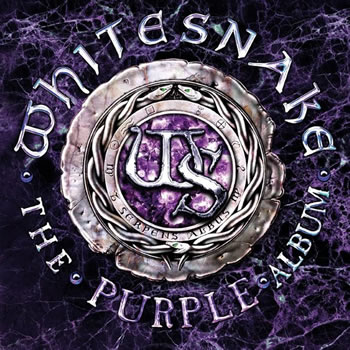 The deluxe edition of The Purple Album also features bonus tracks “Lady Luck”‘ and “Comin’ Home”, alongside a DVD packed with videos and behind the scenes footage. Make no mistake, this album is not intended to be some kind of repackaged greatest hits album; it is a re-imagining of that golden era in Coverdale’s career. Each member of Whitesnake brings their inspiration and influence to produce a superb hard rock album the likes of which will be enjoyed by Whitesnake and Deep Purple fans alike.

The album encapsulates the essence of Deep Purple with that distinctive yet unmistakable Whitesnake sound throughout. The band has taken those classic Purple tracks and made them their own. We look forward to hearing some of these rock classics performed live when Whitesnake take to the road with Def Leppard on their dual headline tour across the UK later this year.

The Purple Album is released in Europe May 15th/US May 19th via Frontier Records.