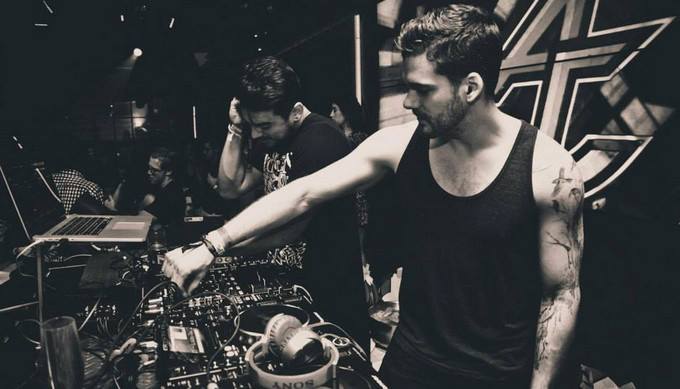 Adventure Club is a Canadian EDM (Electronic Dance Music) duo composed of Christian Srigley and Leighton James. The duo formed while attending high school in Montreal, Quebec. They started out as a pop-punk band, but later morphed into an electronic band. They state it was simply due to them having been bored with the pop-punk sound.

They specialize in meshing dubstepâ€™s chainsaw synths with delicate vocals and surprisingly upbeat melodies, creating a sound thatâ€™s uniquely theirs. Skrillex, Tiesto, Bring Me The Horizon, Tech-One, Flux Pavilion and Greeley Estates are major influences to their sound.

The duoâ€™s signature sound includes high-pitched female vocals with electronic sounds and heavy drops. Some of this can be credited to the program that they use to produce their music; the Cakewalk SONAR. The duo gives credit to the program in separating them from the pack. Some of the other equipment and software that they use include a Fireface console, Traktor Pro, Audio 6, and Kontrol X1.

Theyâ€™ve remixed the likes of Brand New (this song, Daisy, was the first to put them on the map), Thrice, Flight Facilities, Young Jeezy, Alexisonfire, Foxes, Yuna and Metric, to name a few, while stunning listeners with their collaborations such as Rise & Fall with Krewella. The two are skilled at putting a dubstep spin to songs and, in the process, creating epic sounding ballads. Their huge new sound has the dance nation wanting more.

Adventure Club is one of the hottest acts in electronic music right now. They have been a tireless source of banging remixes, uplifting summertime anthems, infectious DJ mixes, and explosive live shows since the duoâ€™s musical trip took off in 2010.

Performing live has become a big part of life for Adventure Club. The duo has toured across North America several times, as well as parts of Europe and Australia and has played at various music festivals including the American Electric Daisy Carnival, Coachella, Lollapalooza, Electric Zoo and Orion Fest just to name a few. They made their first appearance at the Ultra Music Festival 2013 in Miami, where their remix of the Malaysian songstress Yunaâ€™s Lullabies was utilized in the opening sequence of Ultra Music Festivalâ€™s 2013 aftermovie, and also played at the Ultra Music Festival in Seoul, South Korea in June 2013.

In August 2013, Adventure Club partnered with EDM lifestyle brand Electric Family to produce a collaboration bracelet for which 100% of the proceeds are donated to Fuck Cancer. The partnership has raised over $14,000 as of the beginning of this year.

In October 2013, the duo released their debut EP, Calling All Heroes, through BMG. Their EP hit #1 on iTunes Dance Album chart in the U.S. and Canada, plus it ranked over ten Hype Machine (HypeM) #1 hits. In 2013, they were the #9 most played artist on SoundCloud.

The duoâ€™s four-track EP is its most expansive yet. On it, Srigley and James team again with Yuna as the emotional heft of her voice soars over hands-in-the-air bass beats on lead single Gold. This collaboration with Yuna also garnered the duo another significant festival promo spot as the lead track on the Electric Daisy Carnival Las Vegas 2014 announcement trailer! Moving through the EP, the duo applies their dark, haunting low-end with heart-wrenching melodies, and an anthemic electro-house rhythm with Thunderclap. The EP also includes Crash as well as Wonder that has the pair teaming up with Australian producer, The Kite String Tangle.

Adventure Club has had a groundbreaking last couple of years blowing up in the EDM scene, especially in the Dubstep genre. The band is currently out on tour and will be making an appearance at the Necto Nightclub in Ann Arbor, Michigan on March 26th, 2014. Nightfall and DJ Turow will be supporting this dynamic duo in what may be one of their last area small club appearances as every show they play gets bigger and bigger! 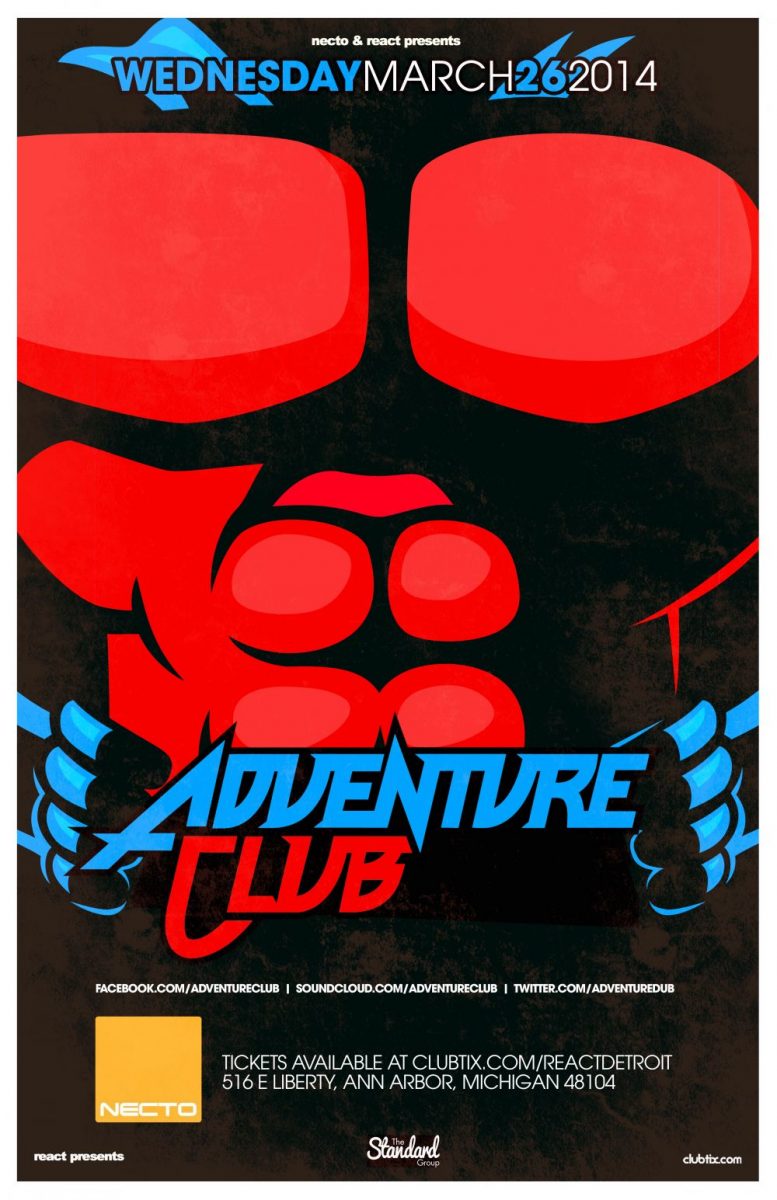 Tickets can be purchased on-line (with additional service fees) at: clubtix.com