Detroit rockers Against The Grain release official lyric video for “Cheated Death,” from their recently released Ripple Music album of the same name.

Against The Grain have proven themselves to be true road warriors. Blazing a trail across the United States with their brand of gear-shifting, balls-to-the-wall rock, while incorporating all things heavy, they practically defy categorization seamlessly blurring the lines of punk, rock, doom, and thrash.

After playing fifty shows in 2009 across their home state of Michigan, their self-titled debut garnered a serious local fan base. They were then introduced to touring life by Hellmouth and The Meatmen. With their intense live show nailed and energized fan base following in support close behind, Against The Grain quickly transformed into a fully-functioning road act.

But it’s their newly released album Cheated Death that’s going to truly push them over the edge. Recently released on the California based record label Ripple Music, who are widely regarded as one of the world’s leading record labels for Heavy Rock, Stoner, Doom and Heavy Psych, you can rest assured that the madmen of Michigan are going to blaze a trail across the US, the world, and your mind in 2018. If you like what you hear, head on over to Ripple Music and pick up their new album here. 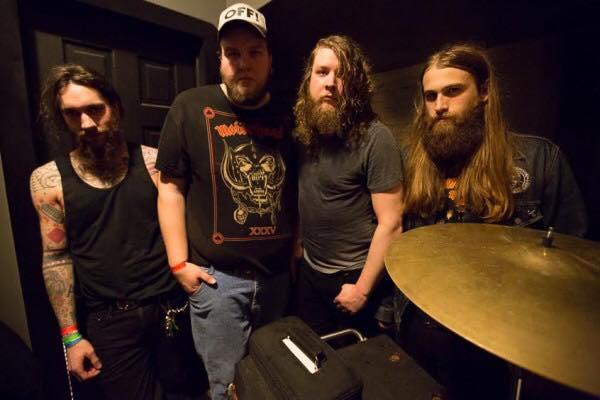