When 1970’s grooves meet blues, rock, and modern attitude you can only get one thing: the latest release from Crobot; and the album was certainly not a disappointment.

Something Supernatural is the new LP from Crobot based out of Pottsville, PA. The band is made up of Brandon Yeagley (Lead Vocals), Chris Bishop (Guitar), Jake Figueroa (Bass), and Paul Figueroa (Drums). Formed in 2011, this foursome is turning dirty groove rock on its head.

The LP was released on Oct 27, 2014. It features eleven tracks that come with its own warning. According to a post on the band’s Twitter feed, “Warning, Crobotâ€™s music has been known to turn you to stoned.” With shades of Soundgarden, Deep Purple, and even the Black Crowes, Crobot shows an old style rock and roll guitar riff fueled style of music. It is more story telling and less screaming for screaming’s sake. The vocals by Yeagley are crystal clear throughout this musical adventure.

When asked about the song “Wizards”, Yeagley had this to say. â€œItâ€™s an epic tale of two wizards. One is on the side of wizardry and technology while the other is the side of natural spiritual wizardry and itâ€™s a clash of funkiness and classic metal too in the same sense. So itâ€™s a battle of epic proportions on all sides,â€ he says. â€œItâ€™s just a song that fulfills all the ends of the spectrum of what Crobot is.â€

On “La Mano de Lucifer,” Chris’s slow guitar is what sets the tempo for this song. A tale of the devil fighting and losing a war with the Creator, in the Biblical sense, Â is a testament to the versatility of the group’s writing abilities. Paul not only keeps the band focused on business on stage with his magnificent drum play, but also seems to be involved with the creation of the songs as well. “‘Nowhere To Hide,’ was another one of the first songs we had written. We were jamming ideas and pulling ideas from other songs that we had jammed on and it came together,â€ Paul says. â€œIt was organic.â€

The other Figueroa brother, Jake, is not only a very capable bassist, but also not shy about showing the humor that is a part of Crobot’s character. When asked if they were born at the wrong time musically, Jake brought it. â€œI thought about it but then I realized the weed is WAYYYY better now.â€

â€œAll I care about is that people walk away after hearing the album thinking, â€˜Man, Crobot is the funkiest, heaviest band Iâ€™ve ever heard,â€™â€ Bishop says. 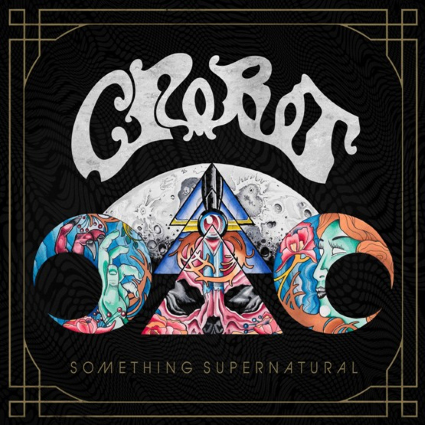 Below are a few of the upcoming stops on the horizon for the guys. Show them the love they deserve if they are close to your neck of the woods.