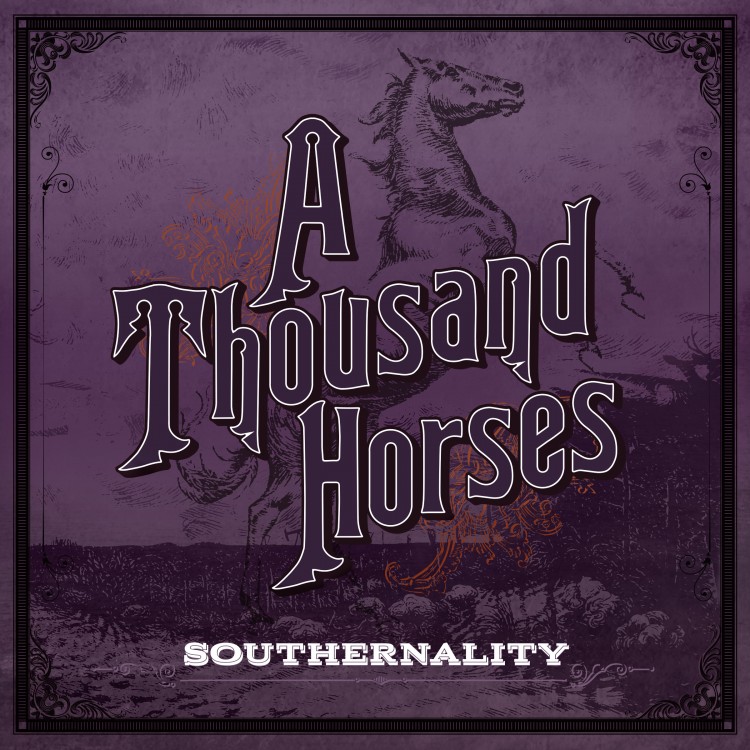 The band put a fresh spin on classic southern rock influences within the context of contemporary country rock music. From the first few bars of opening track “First Time” and the excellent “Sunday Morning,” you are taken transported back to a Southern Harmony era Black Crowes. A Thousand Horses have a huge sound, which is of no surprise as the band play their live shows as a nine-piece with three backing singers (who add some soulful harmonies throughout the record), a fiddler, and a keyboard player.

The band’s new single, “Trailer Trashed,” is a foot stomping Southern rock number and has been receiving a lot of airplay from Planet Rock of late. However, when it comes to songs that were built for radio, the band’s debut single, “Smoke,” reached #1 on the Billboard Country Airplay Chart and rightly so.

The ever so funky title track and the uptempo, blues harp infused “Travellin’ Man” keeps the album on the southern rock tip. Â Beautiful, heartfelt ballads like “Tennessee Whiskey” and “Back To Me” are interspersedÂ across the album.

A Thousand Horses prove there is more to Nashville than country, with a superb debut offering that blurs the lines and has mainstream appeal. We look forward to hearing more from the band when they arrive on UK shores in 2016.