The prog rock/folk band from Bristol have released their debut album to the great pleasure of their fanbase.

Pagan Harvest is a difficult band to categorize. Their sound features elements of prog and folk, and some of the lyrics possess a punk edge. They blend many influences to form an interesting mix, but it works.

The album opener, “The Hawthorn,” is a song about Old England from an Englishman’s view, discussing the plight of the common man, a message still relevant today. The track features some lovely guitar work, as does “Fight The Devil” about man’s daily battles. The later also includes beautiful backing vocals from Debbie Hill. 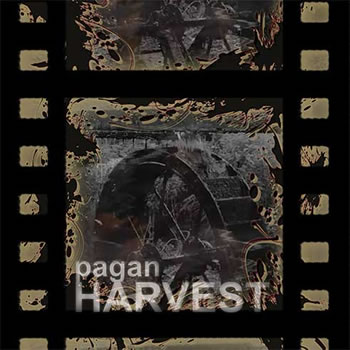 “Damascus” tells the story of battles large and small, over prog rhythms giving depth to the words. When listening, it is not hard to hear a Billy Bragg influence, especially with Jon’s vocals.

“Queen Of The River” could be a soundtrack to a medieval film of knights and princesses. The many mood and tempo changes highlight Lawrence’s ability as a modern composer.

“Harrow Road” takes us to an Ian Drury-esque view of life, reggae in parts with some fine guitar and bass work under compelling lyrics.

The album ends with the epic, “Rebecca Falls.” The song is nearly thirteen minutes long and features beautiful musical arrangements.

It lyrics are a reworking of an old English folk song called “Reynardine.” It is a dark story, which holds the listener in rapt attention.

Pagan Harvest delivered a superb album in their debut work. The story-telling over intricate soundscapes will captivate audiences, keeping them hooked from start to finish. And while the many diverse musical influences make labeling the band a challenge, the album should be a hit with those who love the eclectic that are willing to walk the path less traveled.

The self-titled album is released through Musea Records and is available on Amazon and iTunes.