Anyone who has heard Saint Judeâ€™s Diary Of A Soul Fiend will know that Lynne is a vocal force to be reckoned with. A new chapter begins for Lynne with her solo project Jackaman. 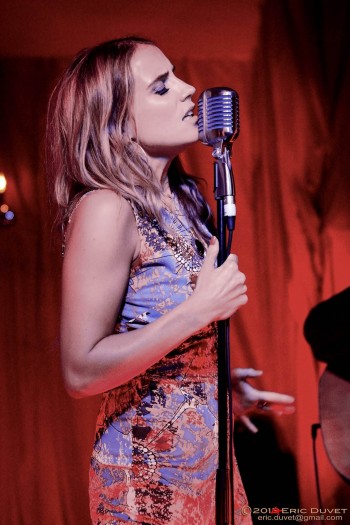 Lynne worked with Guy Griffin of The Quireboys who co-wrote on her debut four-track EP titled No Halo, which will see itâ€™s official release on July 10.

With No Halo, you get a collection of songs which areÂ destined for radio airplay. It’s got a whole lot of rock and an awful lot of soul. It really shines a spotlight on Lynne’s phenomenal vocal talent.

The opening number “Wasted” is a funky, yet soulful number, interspersed with some great guitar riffs that sound right out of the golden age of rock and roll.

The title track “No Halo (On Me)” has a retro feel to it that makes you want to get up and dance. By contrast with “Honesty (Can Be So Cruel),” you get a slower heartfelt epic whereby Lynne really demonstrates her incredible vocal range. It’s the kind of song that deserves to be heard in grand concert venues like the Royal Albert Hall.

Closing the EP is “You Can’t Take Back,” an uptempo sexy number oozing with soulful keys in the vein of Booker T. Jones and infused with some great sax playing.

With such passionate song writing, Lynne has obviously sank her heart and soul into this EP, and it shows. With a rock and soul revival underway led by the likes of St Paul and the Broken Bones and Vintage Trouble, and backed by an incredible band of musicians, Lynne Jackaman is poised for a great future. We look forward to more of what’s to come.